Posted at 17:18h in Hidden Gems by iasltadmin 0 Comments
0 Likes 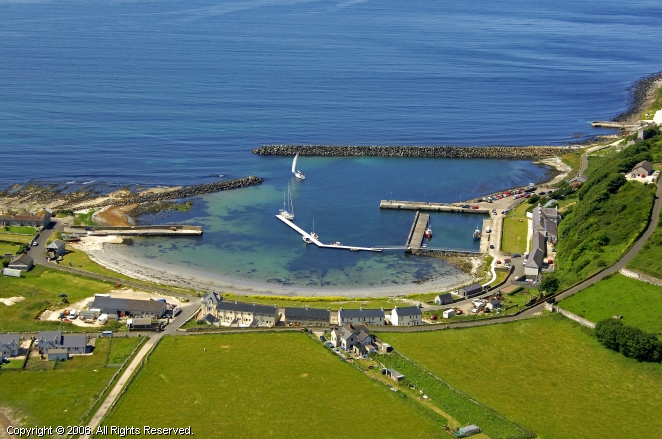 Rathlin Island, to the east of Ballycastle and only about 12 miles from the Mull of Kintyre, is a world apart. Once it was difficult to reach due to the trecherous tides which sweep between it and the mainland, but a modern ferry now makes a regular 40 minute journey with ease, though not without some turbulence.

The island has many attractions, particularly for the walker and for those who like bird watching. One of the best sites for bird watching is Bull Point where in mid summer there are many thousands of seabirds, including kittiwakes, razorbills, puffins and guillemots. After a long days walk around mostly deserted roads, and often in bracing winds, the visitor can sample a good pint in the local hostelry, and even find suitable accommodation on the island for the night.

Rathlin is rich in history and folklore. Perhaps its most famous story is that of Bruce’s Cave where Robert the Bruce sought refuge after his defeat by the English. According to legend the despondent Bruce watched a spider try repeatedly to reach the roof of the cave by climbing its thread. At last it succeeded, and Bruce was inspired to “Try, try, again.” Thus motivated, he returned to Scotland, and defeated his enemies.

Rathlin has been the home of many different people – from farmers and fishermen to monks and smugglers. Its offshore waters to hold the secrets of many naval wrecks, such as Drake and Lough Garry, and its churches and graveyards have their own historic tales. In St. Thomas’ Church of Ireland, near the shoreline, there are memorials to the Gage family who bought the island for only £1,750 in 1746, and also faded black and gold tablet commemorating the valet of a German Prince on the island who had married a member of the Gage family. The lovely little Roman catholic Chapel, tucked into the side of a hill, dates from 1865.

On an extended tour with Ireland Luxury Tours it is possible to build in a trip to the island.

Worth seeing on any Ireland tours or tours of Ireland.