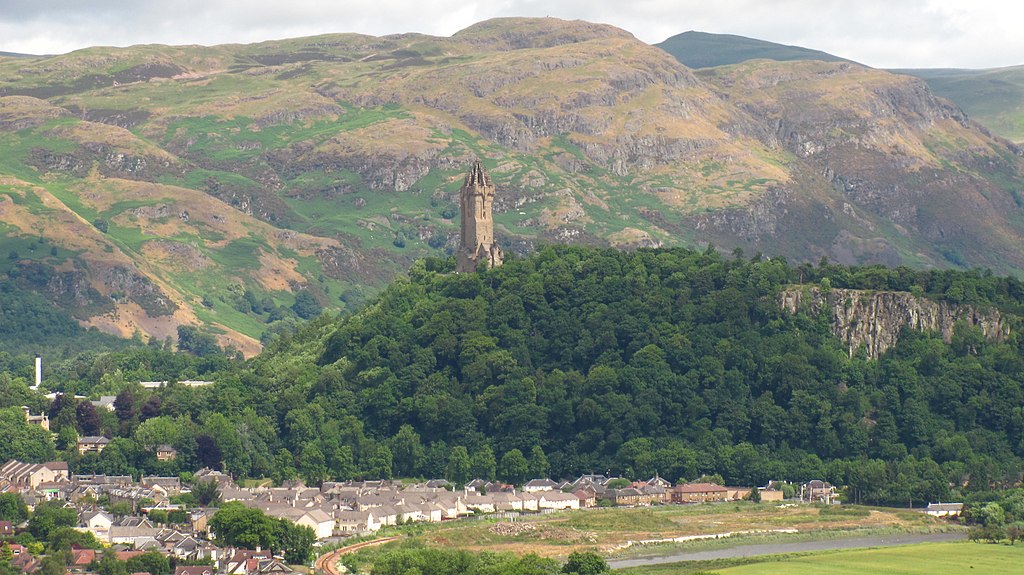 This hill is strewn with boulders and trees but should not be missed on tours of Scotland.

Because this is where the impressive William Wallace monument stands.

It is close to Stirling, and the hill stands at 362 feet with the monument a further over 220 feet high.

It can be seen from many miles away and is an outstanding landmark.

The hill was a station for the forces of William Wallace (of Braveheart the movie fame) in the battle of Stirling Bridge in 1297.

It was a great win for the Scottish army.

It was designed by J.T.Roehead of Glasgow.

A massive statue of William Wallace was added in 1887.

The impressive sword is in a glass case because it was originally stolen in 1972, but later recovered.

There are exhibitions of weapons and historical relics on the site.

Contact Ireland and Scotland Luxury Tours for your private tour of hidden Scotland.