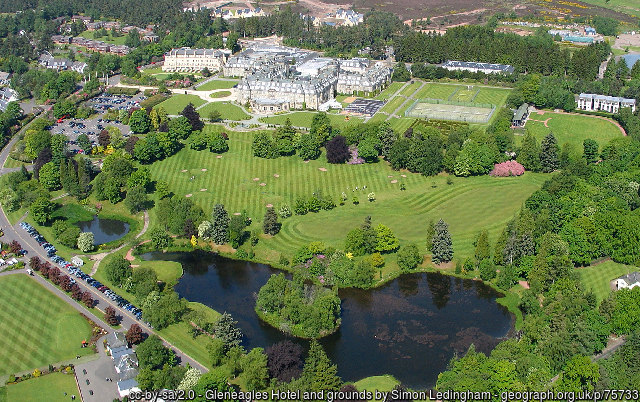 This is a small town in Perthshire, Scotland.

It is interesting on tours of Scotland because of the castle and history involved with the town.

Inchaffray Abbey was built in 1328.

The castle, traditionally a royal hunting seat, is just North of the town.

Only the donjon keep and the surrounding moat remain.

When he invaded Scotland in 1296, he spent a night at the castle.

The town was burnt after the battle of Sherriffmuir in 1716, by the Earl of Mar.

When rebuilt after 1716 the main industry was hand loom weaving, in the making of linen.

The famous Gleneagles Hotel is situated in Auchterarder.

It’s a great stop on your travels with Ireland and Scotland Luxury Tours, especially for golf.