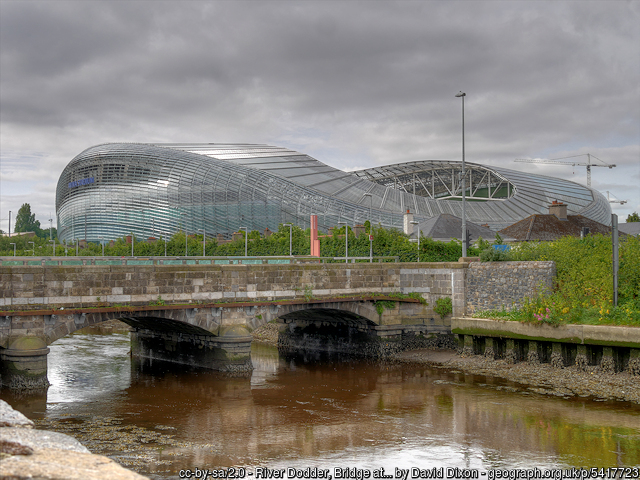 Laid out mostly between 1830 and 1860, the suburb of Ballsbridge is a very exclusive part of Dublin, attracting many wealthy residents. Many of the streets are named after military heroes. Running off Pembroke Road the elegant tree-lined streets such as Raglan Road and Wellington Road are linked with prestigious red-brick houses. The area is also home to several foreign embassies – look for the striking cylindrical US Embassy building at the junction of Northumberland and Eglin roads – as well as a number of upmarket hotels and guesthouses.

Close to Baggot Street Bridge is a statue of the poet Patrick Kavanagh, depicted reclining on a beach. This attractive stretch of the Grand Canal at Lower Baggott Street was one of the poet’s favourite parts of Dublin.

The southeast sector of Ballsbridge, just across the River Dodder, is dominated by the Royal Dublin Society Showgrounds (often simply abbreviated to RDS). Founded in 1731 to promote science, the arts and agriculture, the Royal Dublin Society was an instrumental mover behind the creation of most of Ireland’s national museums and galleries. The two major events at the sprawling yet graceful showgrounds are the Spring Show in May and the Horse Show in August. Throughout the rest of the year the showground plays host to various conventions, exhibitions and concerts.

The Aviva Stadium, the home of the Irish national rugby team, is another Ballsbridge landmark. Rugby supporters in the team’s orange, green and white colours can often be seen in the area.

Ballsbridge is a must see when you visit Dublin on your tours of Ireland, contact Ireland and Scotland Luxury Tours now to organise your tour!