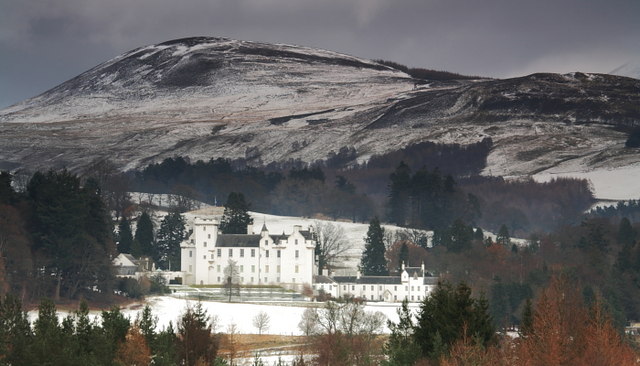 This is a great stop on any tours of Scotland.

This castle is the seat of the Duke of Atholl.

It is close to the village of Blair Atholl.

The oldest part of the buildings is known as Comyns Tower.

The foundations of this probably date to 1269.

The castle has a history of changing hands.

In 1644 the castle was held by the Marquess of Montrose.

In 1746 the castle was badly damaged during a bombardment to dislodge the Duke of Cumberland and his English troops.

At the end of the 18th century the castle was renovated.

All the turrets and parapets were removed.

The castle was turned into a Georgian mansion house.

Then when the Scottish baronial style of architecture became fashionable it was changed again.

The turrets, towers, and crow-stepped gables were put back again to restore the medieval appearance.