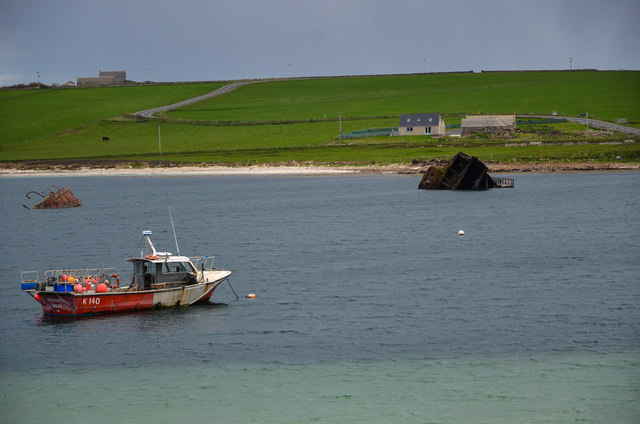 In both First and Second World Wars, Scapa Flow was a busy naval base, and in both wars its defences were penetrated with serious consequences: in 1917 HMS Vanguard was torpedoed, and in 1939 it was the turn of HMS Royal Oak; both sinking’s resulted in heavy loss of life.

After 1918 seventy German ships were ordered to the naval station. All where scuttled by their crews and in time, their bulk was used to block the entrance to Scapa Flow. After the Royal Oak sinking, however, a series of causeways was constructed out of concrete blocks, to link South Ronaldsay to Mainland, and was called the Churchill Barrier. This is one of several which, after completion, left decomposing wrecks like these all over the surrounding beaches. Today Scapa Flow is again busy with marine activity.

Burray is a hidden gem with some amazing scenery and is worth a visit on your tours of Scotland.