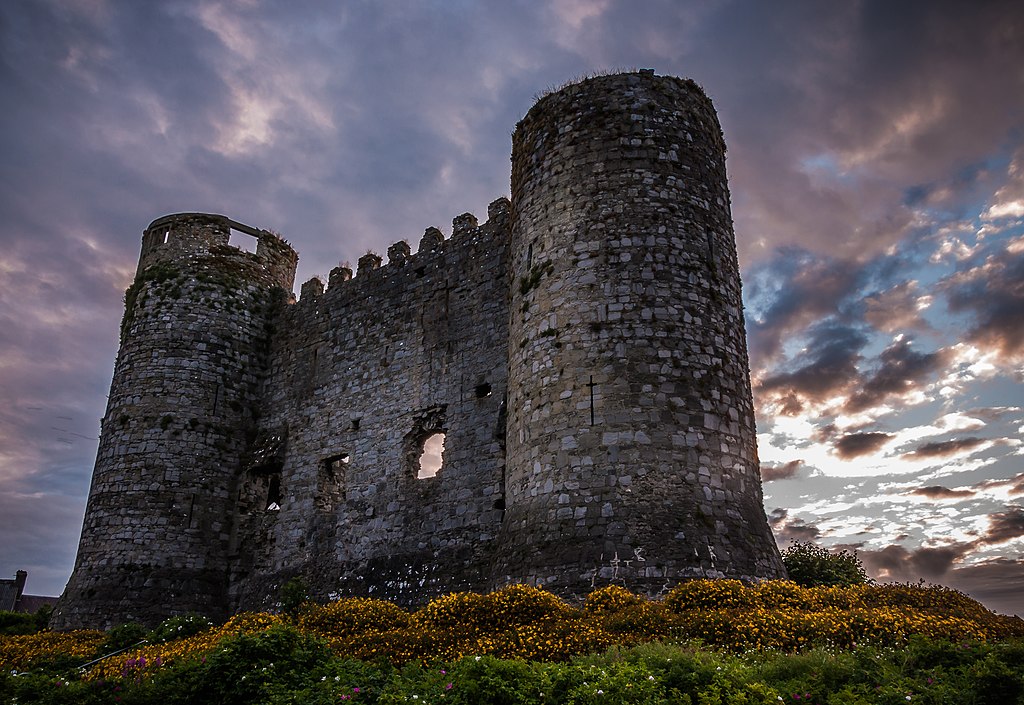 Carlow is a town in Ireland.

There are a few interesting things to see there on any tours of Ireland.

Carlow was an important stronghold of the Anglo-Normans.

The remains of the castle that was built then are worth seeing.

There is only the west wall and its two sixty feet towers still standing.

Also, the Roman Catholic Cathedral of the Assumption is a very noteworthy building.

It has a fantastic lantern tower.

Nearby is Saint Patricks College, which was for the education of priests.

In addition the parish Church of Saint Marys is an imposing 19th century building, with a fine spire.

At Brownes Hill, near Carlow, is a fine dolmen.

The sloping capstone weighs around 100 tons.

It is the largest of its kind in Ireland.