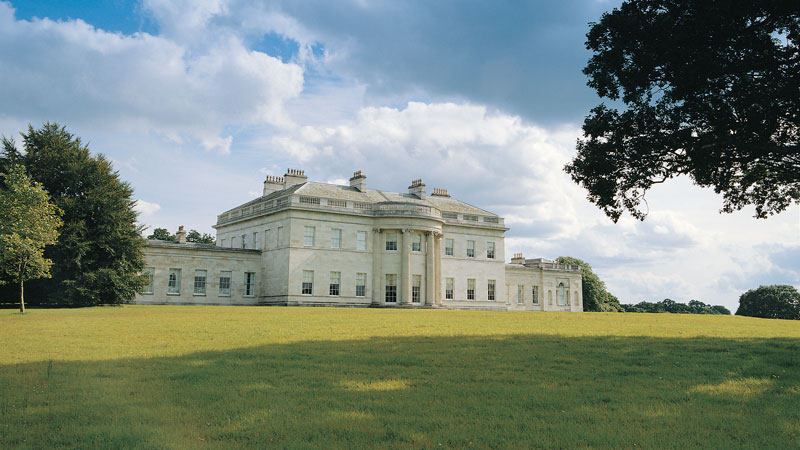 Castle Coole is an imposing mansion built in 1790-98 for the Earl of Belmore by James Wyatt. The portraits of George I and Queen Charlotte by Ramsey hang in the hall. Highlights include some notable plasterwork by Joseph Rose, an Italian marble topped table and clock in the drawing room; distinctively shaped doors by George Binns of Dublin and 2 impressive cast iron stoves in the oval saloon; and furniture, including magnificent sideboard designed by Wyatt, and a wine cooler in the dining room. A bow fronted room on the first floor displays Wyatt’s drawings for the house. The lake in the grounds is the habitat of the oldest non-migratory flock of greylag geese in the British Isles.

Some distance to the west on the edge of the town beyond the bridge stands the Portora Royal School (present building, 1777) founded at Lisnaskea in 1608 by James I. Henry Francis Lyte, Oscar Wilde, and Samuel Beckett where all pupils here. The poet William Duncan, was master from 1746 until his death. Just beyond, on the lough bank, are the ruins of Portora Castle (1615, built by Sir William Cole).

Castle Coole is a must see that is worth a visit on your Ireland tours.