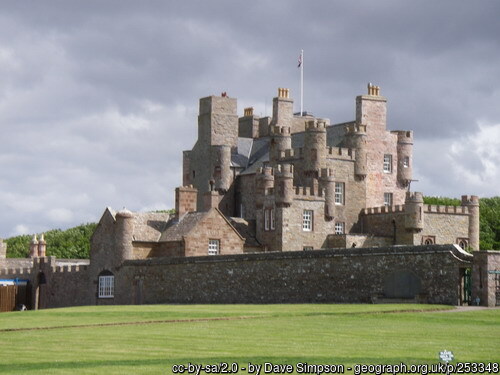 A great spot to visit on any tours of Scotland.

This castle was the holiday home of Queen Elizabeth, the Queen Mother, since 1952.

It was previously known as Barrogill Castle.

The castle stands near the most northerly sea by the mainland of Britain, and overlooks the Pentland Firth to Orkney.

It was first built as a grange or fortified storehouse by the Bishop of Caithness.

The building was then acquired by the 4th Earl of Caithness in 1556.

He converted the building into a castle by adding dwelling rooms , etc.

Later it was inherited by the Sinclairs of Mey.

They then succeeded to the earldom of Caithness.

The family left the castle in 1889 after 400 years of occupation.

The Queen Mother bought the property in 1952.

At Ireland and Scotland Luxury Tours we provide safe trips around Scotland and enjoy the hidden gems on offer.