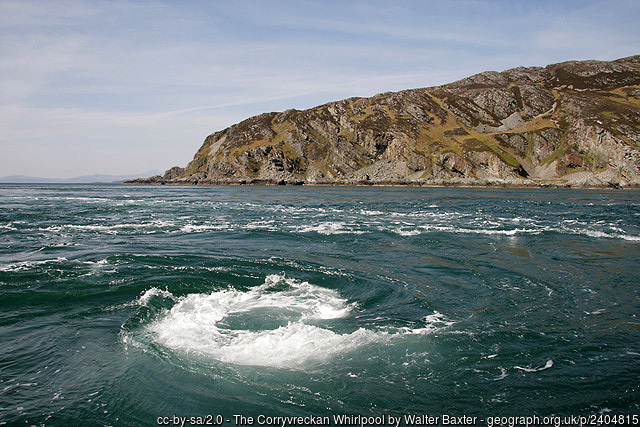 The infamous Corryvreckan whirlpool is brew whipped up between the isles of Jura and Scarba, where the westward stream running through the Gulf of Corryvreckan into the Atlantic meets the eastward-running eddy over rough ground. In rough weather it is deadly, in calm weather merely dangerous. The turbulence creates the sound of boiling water, which is audible five miles away on Luing and which has produced the rhyme:

Jura still has people, but Scarba is the preserve of sheep and cattle.

Corryvreckan is a hidden gem and worth a visit on your Scotland tours.