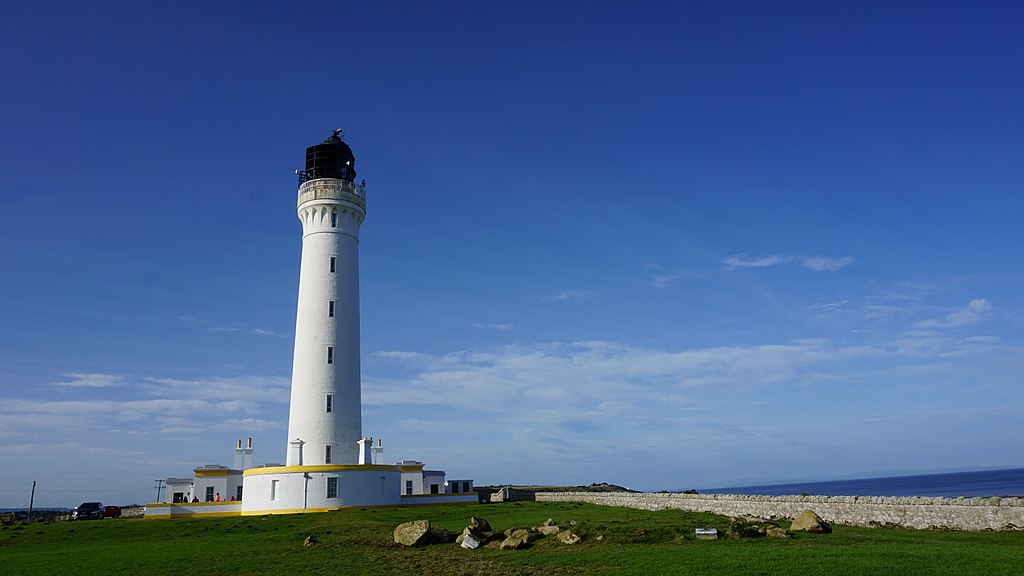 The coast on this stretch of land between Lossiemouth and Hopeman is generally low and flat, with miles of fine sand at the seashore. Post-Ice Age glacial release created cliffs of red sandstone between sixty and a hundred feet high. The sea has worked at them for centuries now, making caves and stacks and, from offshore rocks, a chain of skerries which is reputed to have damaged many ships. One hopes that this lighthouse, built in 1844 and visible eighteen miles out, has not been a treacherous beacon in its time.

Once a busy village, Covesea is now just a few houses; it is popular with holidaymakers who enjoy exploring the saves along the coast, some of which have legends to illuminate the imagination – such as being a hiding-place for rebels during the Forty-five rebellion – and some of which are just damp, uninviting caves.