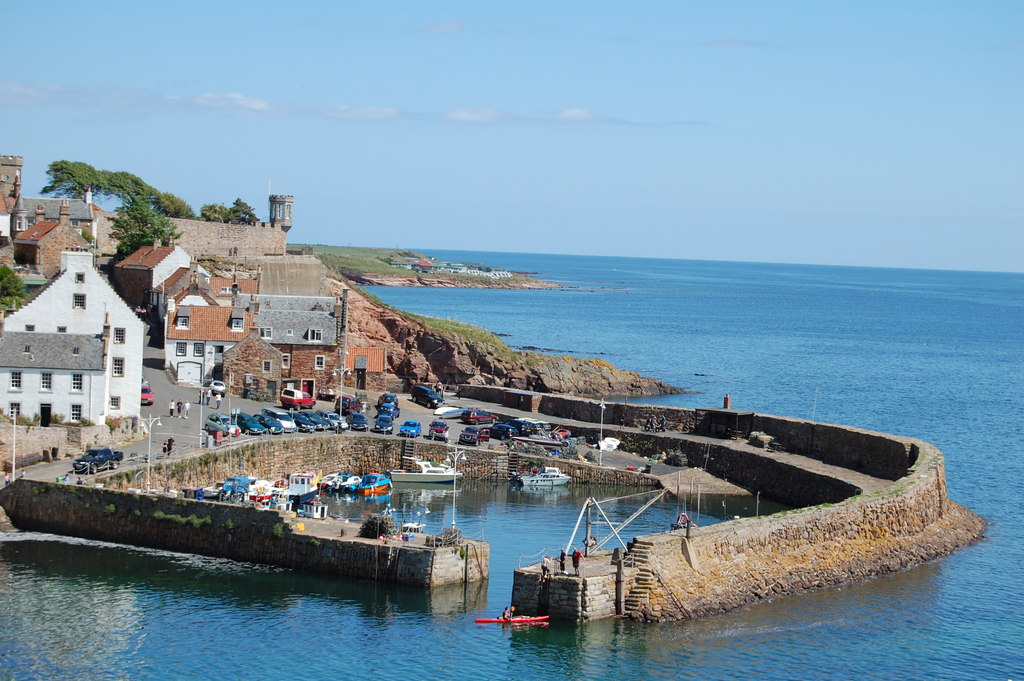 The coast road north from Edinburgh to Saint Andrews and Tayside is for part of its route a series of links between small medieval fishing villages of similar appearance: St Monance, Pittenweem, Anstruther and, the most north-easterly, Crail. James VI called these royal burghs the fringe of gold on a grey cloth mantle. Because of its position, Crail was once the base of smugglers. But times change and now its pretty white houses are occupied by artists. Many are owned and restored by the National Trust for Scotland.

The fishing industry flourished here in the 18th and 19th centuries (to which it owes its present healthy appearance) but fishermen everywhere in Scotland today are unhappy and pessimistic, and in many places are seeking other types of catch, such as shellfish. Crail has a reputation for lobsters, and boats for this and more conventional kinds of fishing are in and out of its harbour still.

Crail is a small town and worth a stop on your tours of Scotland.