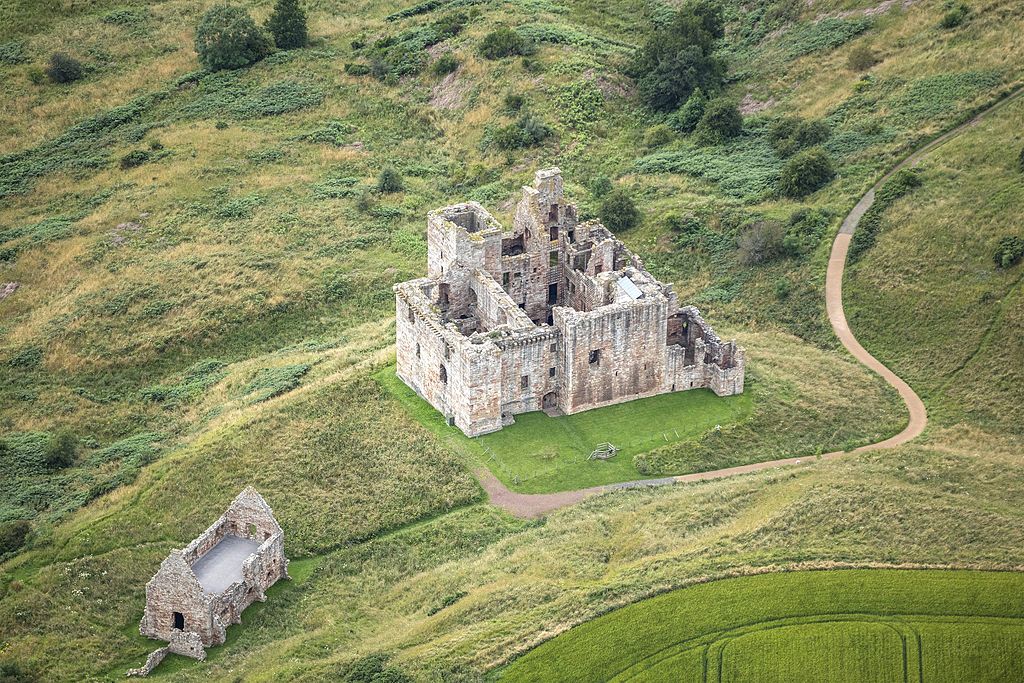 Situated in Midlothian, this is one of the largest and finest Scottish castles.

Plenty of reason to visit the castle on any tours of Scotland.

It is a 14th Century castle based on a plain tower house.

But between the 15th and 17th Centuries a group of buildings was added to form a quadrangular mansion enclosing a narrow courtyard.

The most spectacular feature is an arcaded range.

The upper frontage of the range is wrought with faceted stonework.

It is thought to have been copied from the palace of Ferrara in Italy.

There is also an early Iron Age fort at the West end of the village of Crichton.

This dates from around 500 BC.

It consists of a single heavy rampart making an enclosure of 300 ft by 190 ft.

Crichton Castle is another hidden gem that Ireland and Scotland Luxury Tours would be pleased to show you.