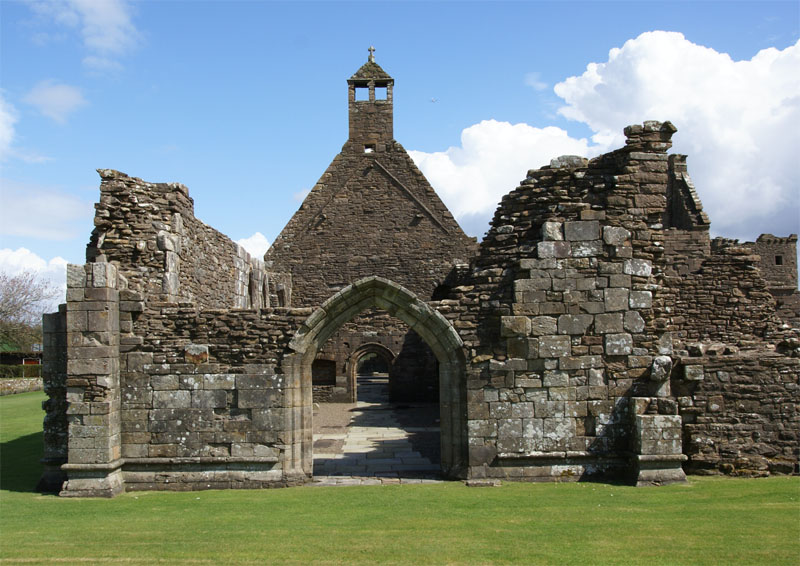 This is near the village of Maybole if you are passing on any tours of Scotland.

It is a very fine example of a Scottish religious establishment of the 13th Century, and worth looking at.

The abbey was founded in 1244 by Duncan, Earl of Carrick, and was a benefice of Paisley Abbey.

Lying well out of reach of the English border the ruins are in an excellent state of preservation.

The ruins are of high architectural distinction.

They comprise of a church, claustral buildings, and an abbot’s house (which has a strong tower)

There is also an outer court with an imposing castellated gatehouse.

The choir, with its three-sided apse, is a fine specimen of Scottish Gothic.

The sacristy and the chapter house are also very interesting.

At Ireland and Scotland Luxury Tours we normally pass through Maybole as we leave the ferry from Ireland to Scotland.

So, arranging a visit is always possible.