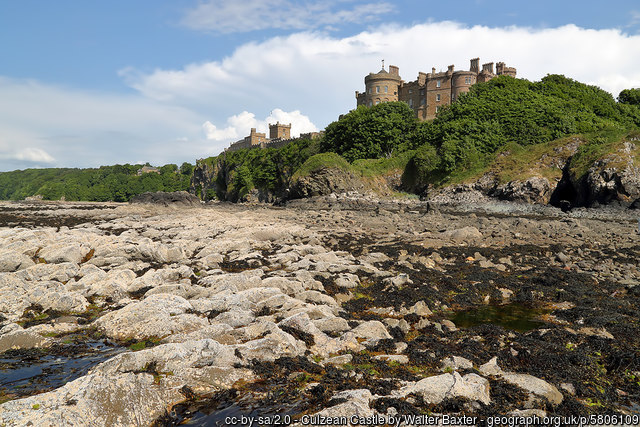 Situated above the bay from it which it takes its name, Culzean Castle (pronounced Cull-ain) was built for the Earl of Cassillis by Robert Adam, the greatest architect Scotland has produced, between 1777 and the year of his death, 1792. Culzean is a castle built long after the age of castles, and it was never intended to withstand military might. Its raison d’etre, therefore, is romance. As its many visitors will testify (the castle and its grounds were handed over to the nation by the Marquess of Ailsa in 1945) the idea was well put into practice.

Culzean combines Gothic and Classical styles, being castellated on the outside but with the grandeur of a Georgian interior. The bridges, the carefully studied ‘ruins’, the turrets and parapets, the sea on one side and fertile Ayrshire fields on the others, combine to make it the ‘dream castle’ the Earl was hoping for, and it is Adam’s most spectacular creation in his native land.

Culzean Castle is a hidden gam that is worth a visit on your Scotland tours.