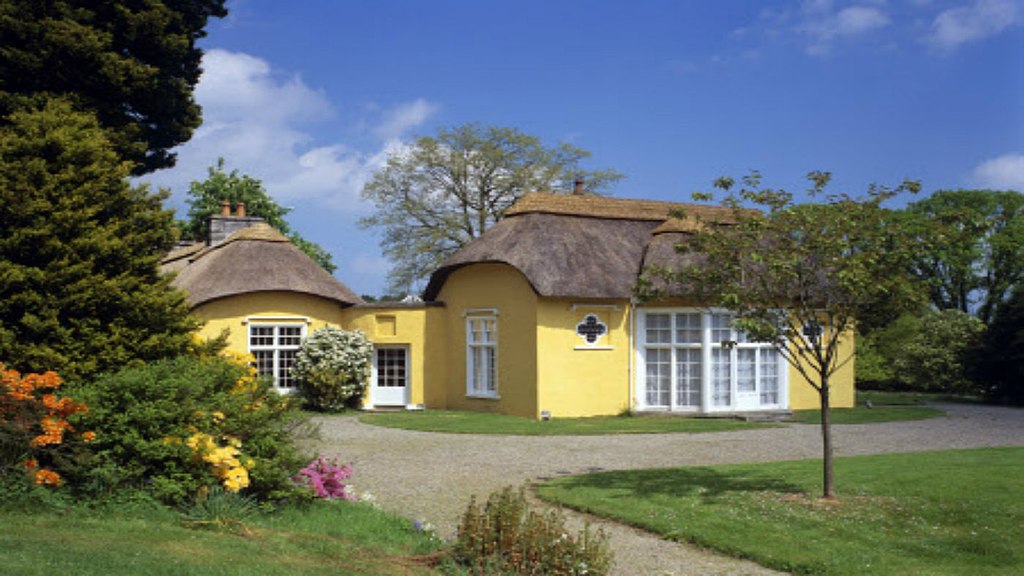 Now this is a real hidden gem on any tours of Ireland.

It is almost the sole survivor of the small thatched manor houses once in vogue amongst the minor Irish gentry.

He was Chancellor of the Irish Exchequer and introduced the controversial “window tax”.

That was paying tax based on how many windows you had in your house!

Thee rooms are furnished, as far as is possible, in the style of that period.

In the “Treaty Room” there is an extraordinary shamrock shaped table, supported on a harp.

This is the table, upon which, King George V signed the Declaration granting the Constitution of Northern Ireland in 1921.

The house is in County Armagh, close to the city of Newry.

At Ireland and Scotland Luxury Tours we specialise in private tours and hidden gems.