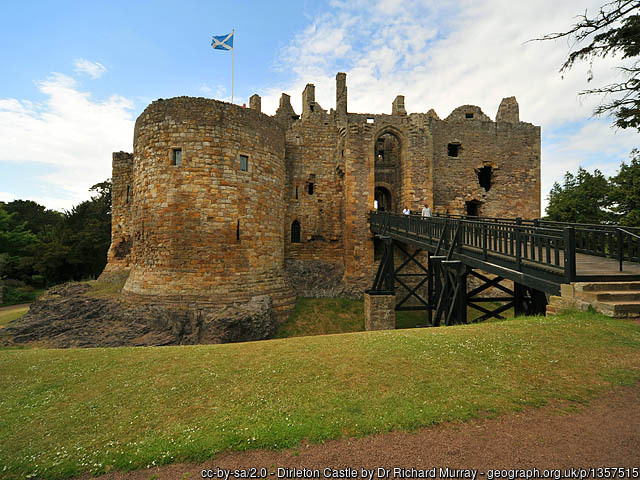 This village is between Gullane and North Berwick.

It is considered by many as the most beautiful village in Scotland.

Therefore, it is well worth visiting on any tours of Scotland.

The village is framed by mature trees, and set around a large green, with 17th and 18th Century houses and cottages on three sides.

The fourth side is dominated by Dirleton Castle.

There is a three storey Renaissance portion still standing.

In the gardens is a 17th Century bowling green.

The parish kirk (church) was built in the early 17th Century.

To the West lies the ruins of Archerfield House.

This took the place of the castle as the residence of the Ruthven family.

Plenty to see at Dirleton with Ireland and Scotland Luxury Tours.