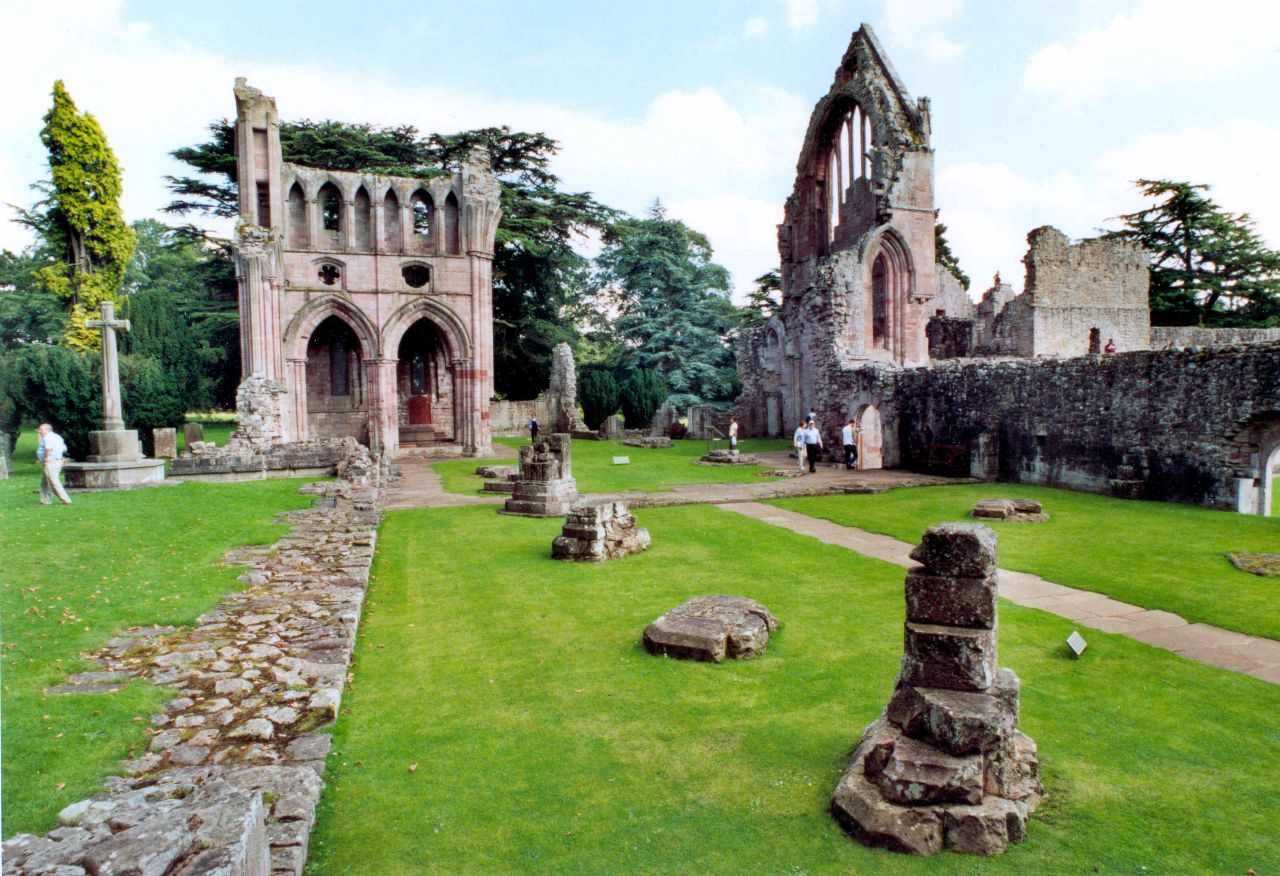 When William and Dorothy Wordsworth visited Dryburgh in 1803 during their tour of Scotland (recorded by Dorothy) they were admitted by a goblin-like woman who smelled of peat: ‘If she had emitted smoke by her breath and through every pore, the odour could not have been stronger’, wrote the poet’s sister. The abbey itself proved to be adequate compensation, however. Dryburgh is one of a group of Border monasteries founded during the twelfth century, and it originally housed Northumbrian monks. It is the most peaceful, because the most remote, of all the monasteries in the Borders, and its claustral buildings set among trees and lawns are in a more complete state than any other on the Scottish mainland. They give strong aid to the imagination which wishes to reconstruct a picture of medieval monastic life. Dryburgh Abbey was destroyed by the English several times before the final blow in 1544. Walter Scott, to his everlasting content, was permitted to ‘stretch his bones’ here.

Dryburgh Abbey is a hidden gem that is worth a visit on your tours of Scotland.