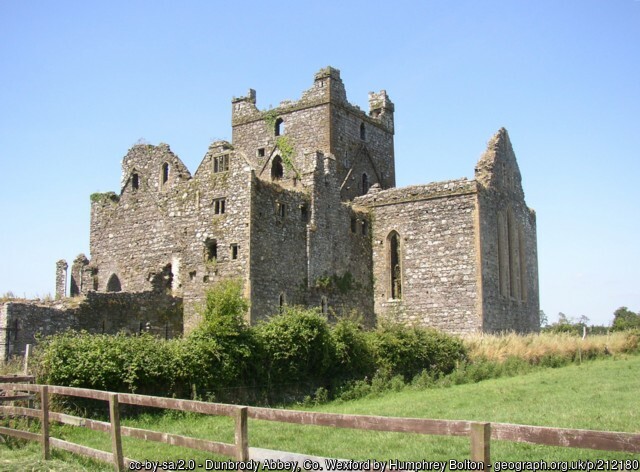 This is 8 miles south of New Ross and worth a look on any tours of Ireland.

The abbey was founded in 1182 by Hervey de Monte Marisco, Marshal to King Henry the Second.

He donated the abbey to the monks of Buildwas, in Salop, Shropshire.

In turn they ceded their rights to the monks of  Saint Marys Abbey in Dublin.

The abbey had the right of sanctuary, and became known as the Monastery of Saint Mary of Refuge.

Its situation is a little desolate, but the remains are amongst the finest of their kind in Ireland.

The church is cruciform, with a central tower, and the East window is a lancet triplet of grand proportions.

There is an aisled nave and three chapels opening off each transept.

The chevron mouldings of the pointed nave arcades should be noted.

At Ireland and Scotland Luxury Tours we enjoy showing clients hidden gems such as Dunbrody Abbey.

Our private trips around Ireland are available to book now, but we are experiencing a lot of demand.