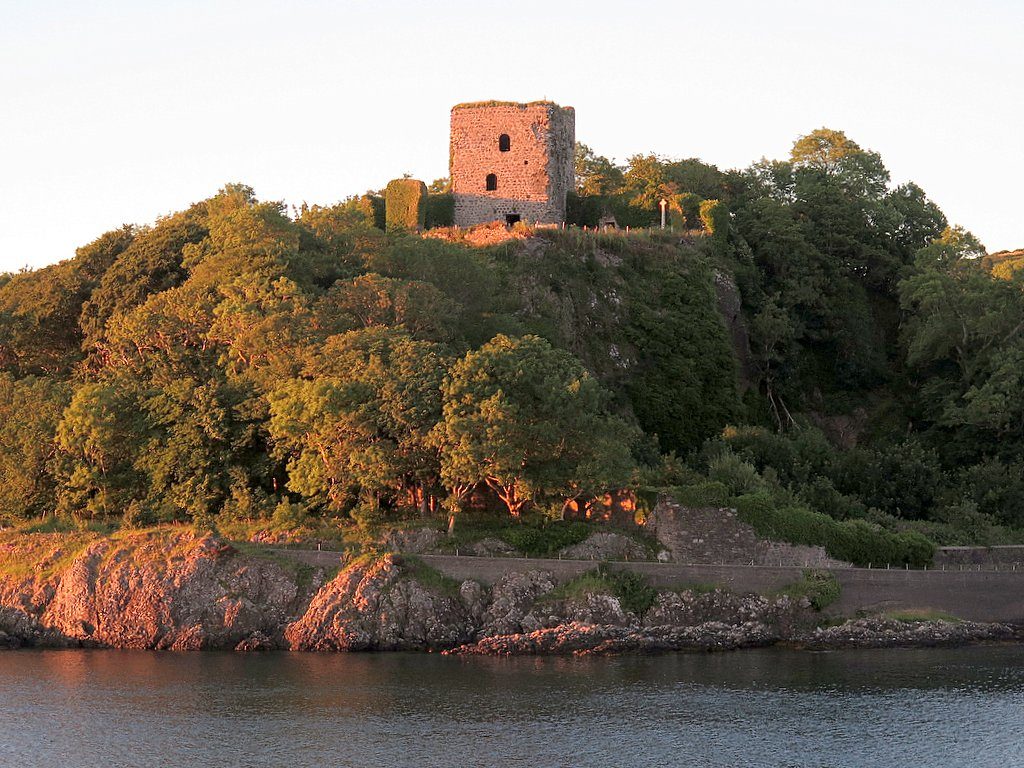 This castle is a true hidden gem on any tours of Scotland.

It is located on the Northern outskirts of the town of Oban.

The ruined castle stands on a rock more than 80 feet high.

It is surrounded on three sides by the sea.

There are also ivy-covered fragments of other buildings.

This castle, and earlier buildings, have been on this site since the 11th Century.

It was the seat of the Clan MacDougall.

This was at a time when the MacDougall chief was fighting on the Jacobite side.

His wife defended the castle with traditional Scottish feminine courage against the Argyll Militia.

To the North of the castle is the present house built in around 1746.

At Ireland and Scotland Luxury Tours we feel that hidden gems such as Dunollie Castle are really worth exploring with our clients.