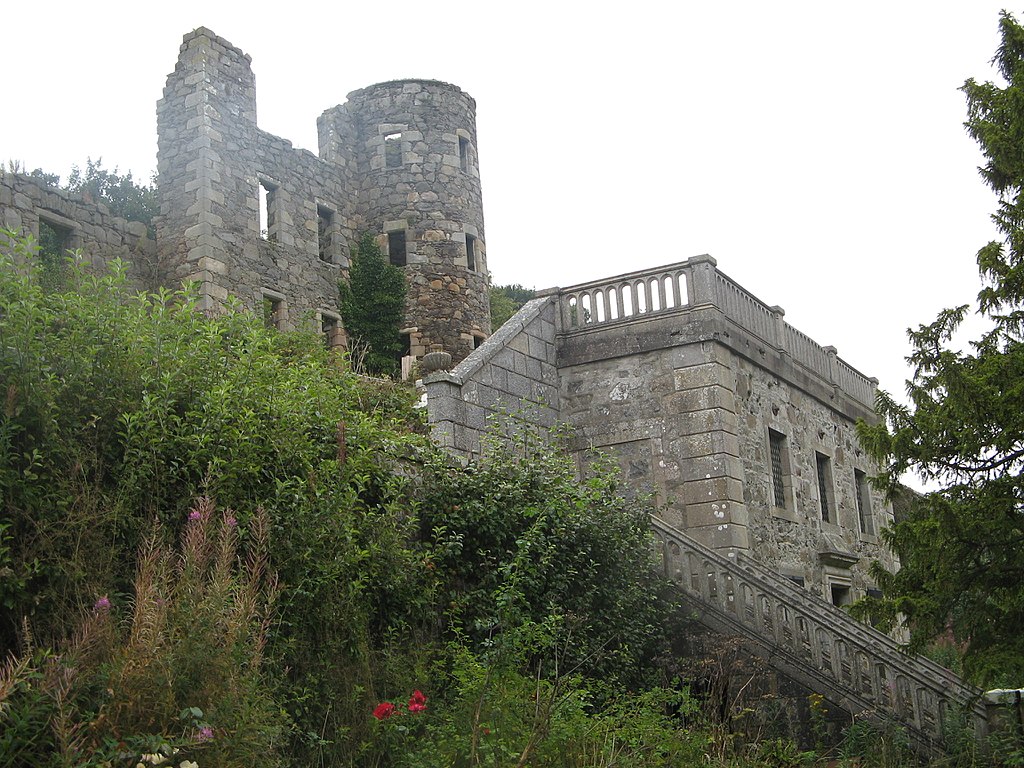 This is a town in Aberdeenshire, Scotland.

It is north of Aberdeen and lies on the River Ythan.

Definitely an interesting stop on any tours of Scotland.

The ancient Moot Hill is notable for Ellon Castle.

Only ruins survive of the 16th-century structure, but that may incorporate sections from the 15th century, and some 18th century renovations.

There are now beautiful gardens on the site.

The Episcopal Church of Saint Marys was built in 1875.

But the original church was built in 1713 and demolished by troops searching for Jacobite’s.

Nearby is Arnage Castle which is a Z plan tower house.

A modern wing was added later in the 19th century.