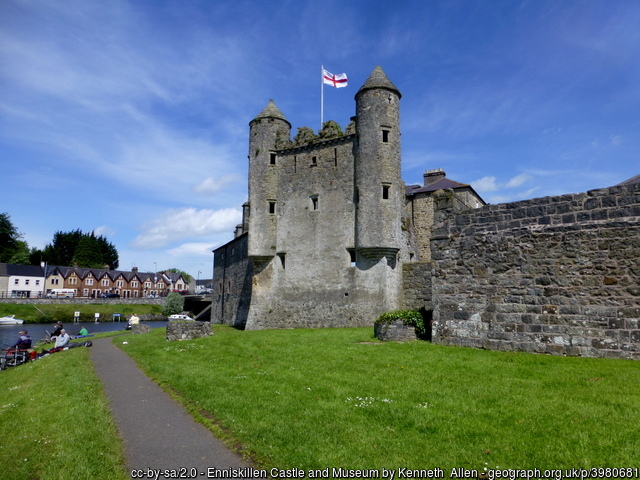 This market town in the North of Ireland has a few things to see on any tours of Ireland.

The earliest parts of Enniskillen Castle date from the 15th century.

This is a well-known cruising waterway, and very beautiful.

At Ireland and Scotland Luxury Tours we take our clients to Devenish Island.

This island is accessible by boat only.

It is the best known of the 97 islands the Lough contains.

Devenish Island has a fantastic round tower, and a 12th century Augustinian Abbey.

Not too far away is White Island which has a 12th century church.

The origin of these statues is still a great debate amongst historians.

Then there is also the two-faced Janus statue on Boa Island.

Enniskillen and the loughs have plenty to offer on any tours of Ireland.