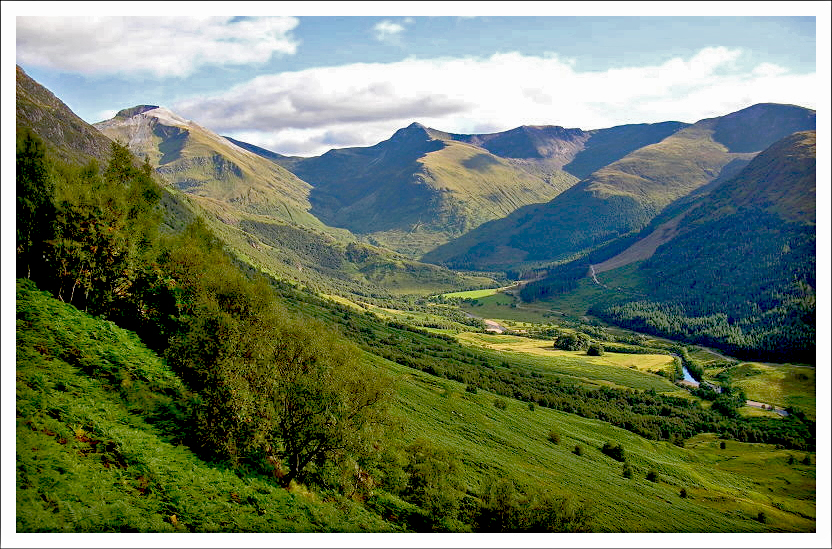 Basking on the shores of Loch Linnhe amid magnificent mountain scenery, Fort William has one of the most enviable settings in the whole of Scotland.

Magical Glen Nevis begins near the northern end of the town and wraps itself around the southern flank of Ben Nevis (1344m) – Britain’s highest mountain and a magnet for hikers and climbers. The glen is also popular with movie makers – parts of the films Braveheart, Rob Roy and Harry Potter & the Sorcerer’s Stone were filmed here.

There is little left of the original fort from which the town derives its name – it was pulled down in the 19th century to make way for the railway. The first castle here was constructed by General Monk in 1654 and called Inverlochy, but the meagre ruins by the lough are those of the fort built in the 1690s by General Mackay and named after King William II/III. In the 18th century it became part of a chain of garrisons (along with Fort Augustus and Fort George) that controlled the Great Glen in the wake of the Jacobite rebellions.

Originally a tiny fishing village called Gordonsburgh, the town took its present name with the opening of the railway in 1901, which, along with the building of the Caledonian Canal, helped it grow into a tourist centre.

Fort William is a must see attraction of your tours of Scotland.