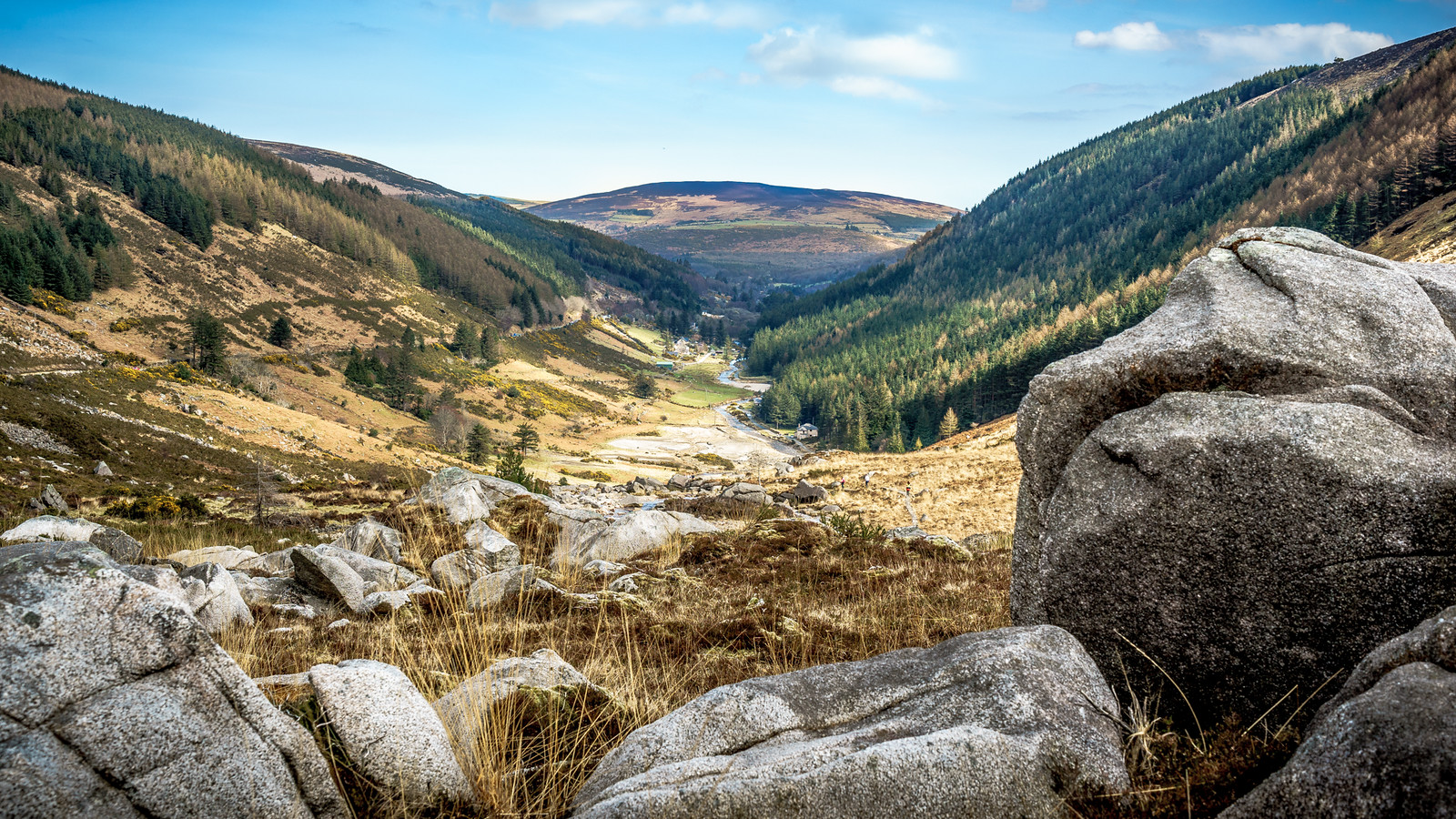 This is the Glen of the two lakes.

It’s an early Monastic settlement in a cup of the Wicklow mountains.

It is impressively lonely and lovely in its setting.

The ring of the hills, once heavily wooded, the bare cone of Camaderry to the right, are unforgettable.

It is well worth visiting on any tours of Ireland.

He was a Leinster native of noble birth.

Glendalough has the ruins of tiny churches, and a round tower once used as a belfry.

That tower was later used as a refuge to hide from the Vikings in the eleventh century.

The churches are scattered over the valley for a distance of two miles.

There is also “Saint Kevin’s Bed” which is a cave above the Upper Lake.

It is said to have housed the saint for a while and the little stone hut, known as “Saint Kevin’s Cell”, may have been built by him.

At Ireland and Scotland Luxury Tours we like to get to Glendalough early and really take in its isolation.