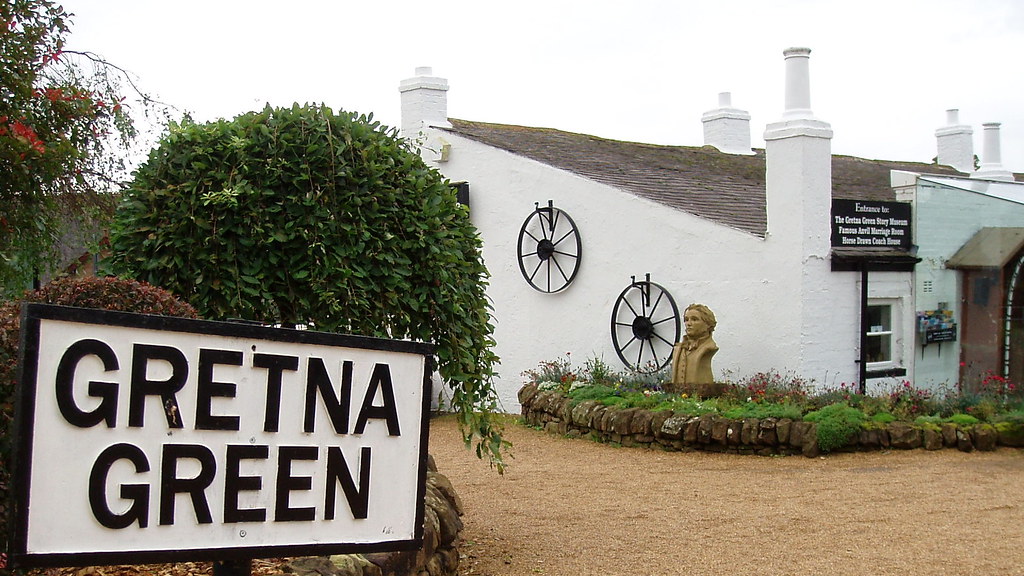 This village stands on the actual border between England and Scotland.

It comprises Gretna Green and Springfield.

The village is famous as the place where runaway couples from England came to be married in accordance with 18th century Scottish law.

That is by means of declaration before witnesses.

These marriages took place at the Kings Head Inn until 1826.

From then the smithy at Gretna Green became the most popular place for these marriages.

But in 1939 the Marriage (Scotland) Act made the presence of a minister, or registrar, necessary.

At the entrance to Gretna Green Kirk is a little house.

It is known as “Prince Charlies Cottage”

It is believed that the prince spent a night there in 1745 on his way back from battles in England.

On any tours of Scotland, it is a nice place to visit.

At Ireland and Scotland Luxury Tours we are trying to build this beautiful place into our marriage and honeymoon packages.