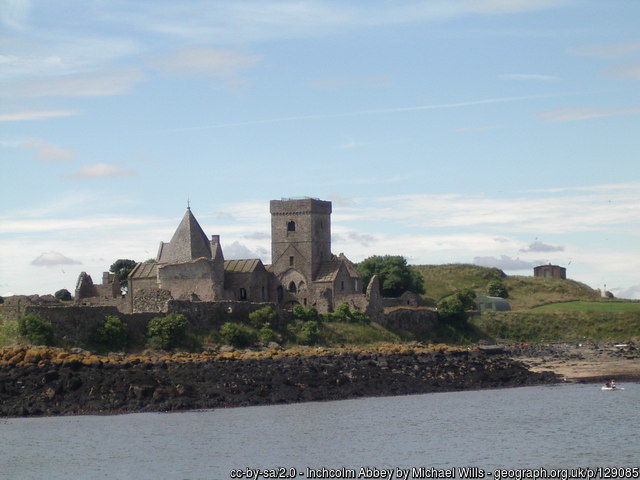 The oddly shaped ‘inch’ is surely the strangest of the Firth of Forth islands. Its abbey (the Abbey of the Inch of Saint Columba) was out of gratitude to a hermit who had offered him shelter during a stormy passage on the Forth. It consists of a 13th century church, an octagonal chapter house and a cloister. The abbey ceased to function after the Reformation and later became a burial place for the Morays.

It is composed mainly of greenstone, with bands of mica and sandstone and much fertile soil besides. The island was much abused by the English, but one Englishman gave it a place in literature: in Macbeth, the Thane of Ross, reporting Macbeth’s victory over the Norsemen, informs Duncan: ‘Sweno, the Norways’ King, craves composition; nor would we deign him burial of his men, till he disbursed at St Colme’s inch ten thousand dollars to our general use.’

Inchcolm is a hidden gem, contact us now to organise a visit on your Scotland tours.