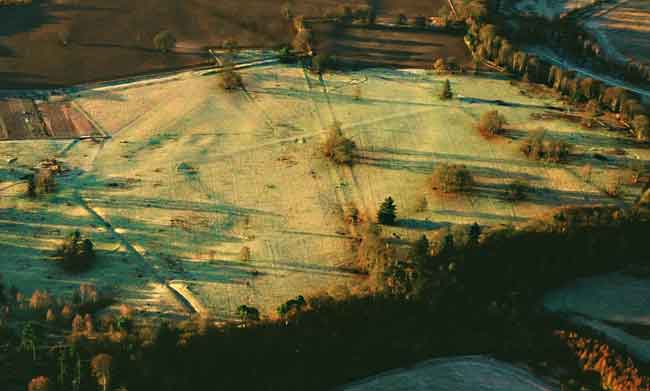 This is a real hidden gem on any tours of Scotland.

It is the site of a Roman Legionary Fortress and lies on the banks of the River Tay.

The fortress was in existence around 83 A.D.

Coins have been discovered but it was abandoned hurriedly.

Some of the internal buildings were not even finished!

These had obviously been buried hastily to prevent them falling into the hands of the Picts.

Inchtuthil has some of the earliest evidence for all timber defences in Scotland.

Inside there is evidence of a wigwam structure around 170 ft by 30 ft.

Nearby there is evidence of a temporary Roman camp of approx. 40 acres.

There are also Roman Baths close to the fort.

Inctuthil is one of the real hidden gems we at Ireland and Scotland Luxury Tours pride ourselves on showing clients.