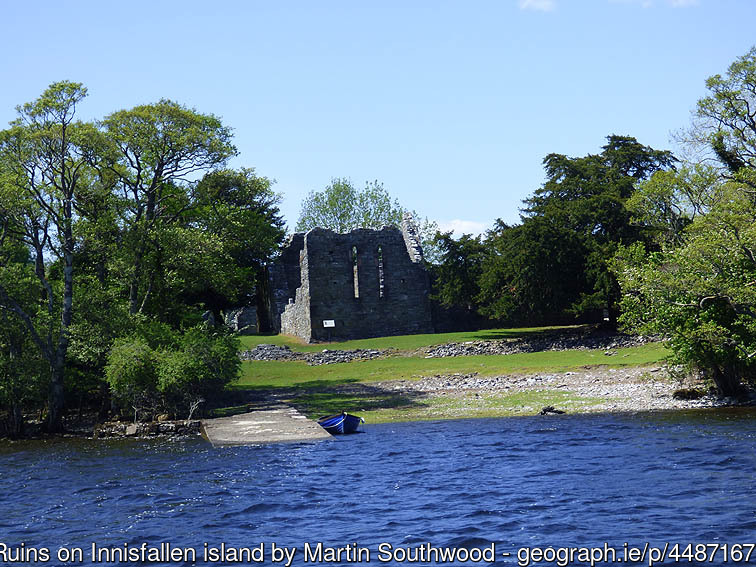 This is a fascinating island on Lough Leane , Killarney.

If you are nearby on any tours of Ireland, take a look.

There are many holly trees and generally very lush dense foliage.

There are also scarlet clusters of mountain ash trees.

The island is a substantial twenty-one acres in size.

The ruins of Innisfallen Abbey are particularly interesting.

This abbey was built in the sixth century and was at one time very extensive.

It was built by Saint Faithlenn, and afterwards inhabited by Canons-Regular of the order of Saint Augustine.

These are the monks who compiled the “Annals of Innisfallen”, 1215-1320, which help form the real history of Ireland after the introduction of Christianity.

Check out the sculpted doorway at the little church.

Contact Ireland and Scotland Luxury Tours for your private tour around Ireland, taking in hidden gems like Innisfallen Abbey.