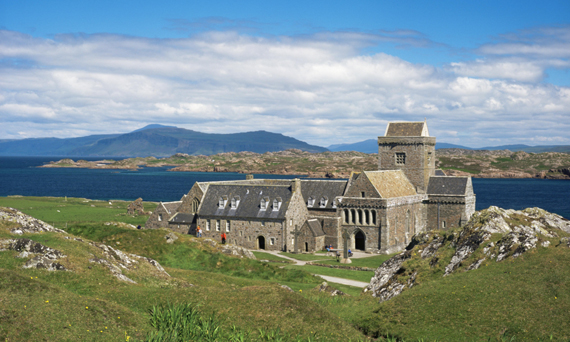 The spectacular nave, dominated by Romanesque and early Gothic vaults and columns, contains the elaborate, white marble tombs of the 8th Duke of Argyll and his wife. A door on the left leads to the beautiful Gothic cloister, where medieval grave slabs sit alongside modern religious sculptures. A replica of the intricately carved St John’s Cross stands just outside the Abbey – the massive 8th century original is in the Infirmary Museum along with many other fine examples of early Christian and medieval carved stones.

Iona Abbey is a spectacular sight and is a must see on your tours of Scotland.