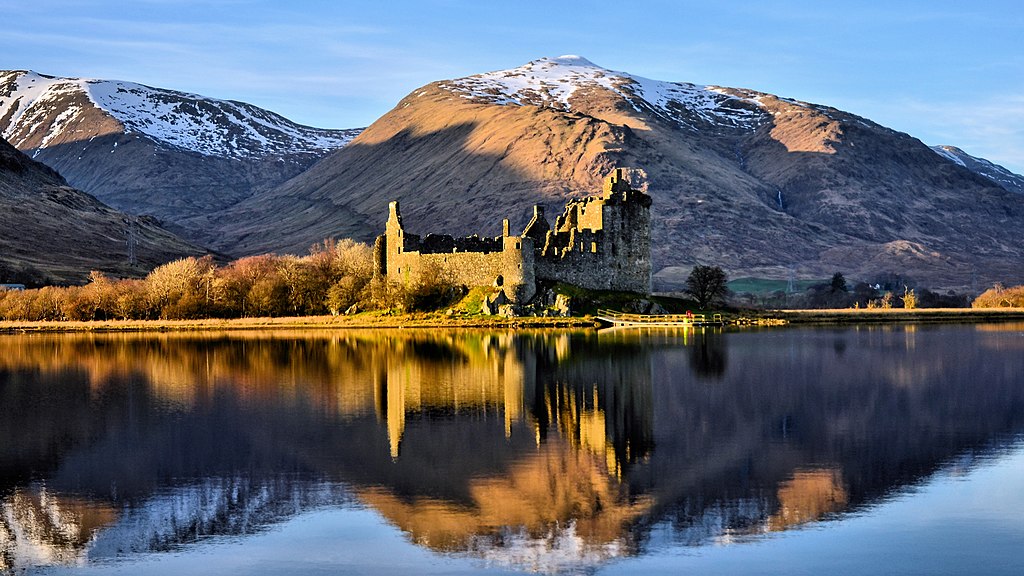 The castle of Kilchurn is in Argyll.

It stands at the NE end of Loch Awe.

The castle stands on a rock that was once an island but is now surrounded by marsh.

It was a stronghold of the Campbells, and the keep was built by Sir Colin Campbell of Glenorchy in 1440.

The North and South sides were built in the 17th and 16th centuries respectively.

The Campbells, who were anti-Jacobite in the 18th century, offered the castle as a garrison for Hanoverian troops in 1746.

Then the great gale of 1879, which caused the Tay railway bridge disaster, also blew down one of the tower tops.

But the castle is still one of the finest baronial ruins in all of Scotland and worth visiting on any tours of Scotland.

It is also in a wonderful setting between Loch Awe and Ben Cruachan, at the mouth of Glenorchy.

These are the hidden gems that Ireland and Scotland Luxury Tours are keen to show our clients.