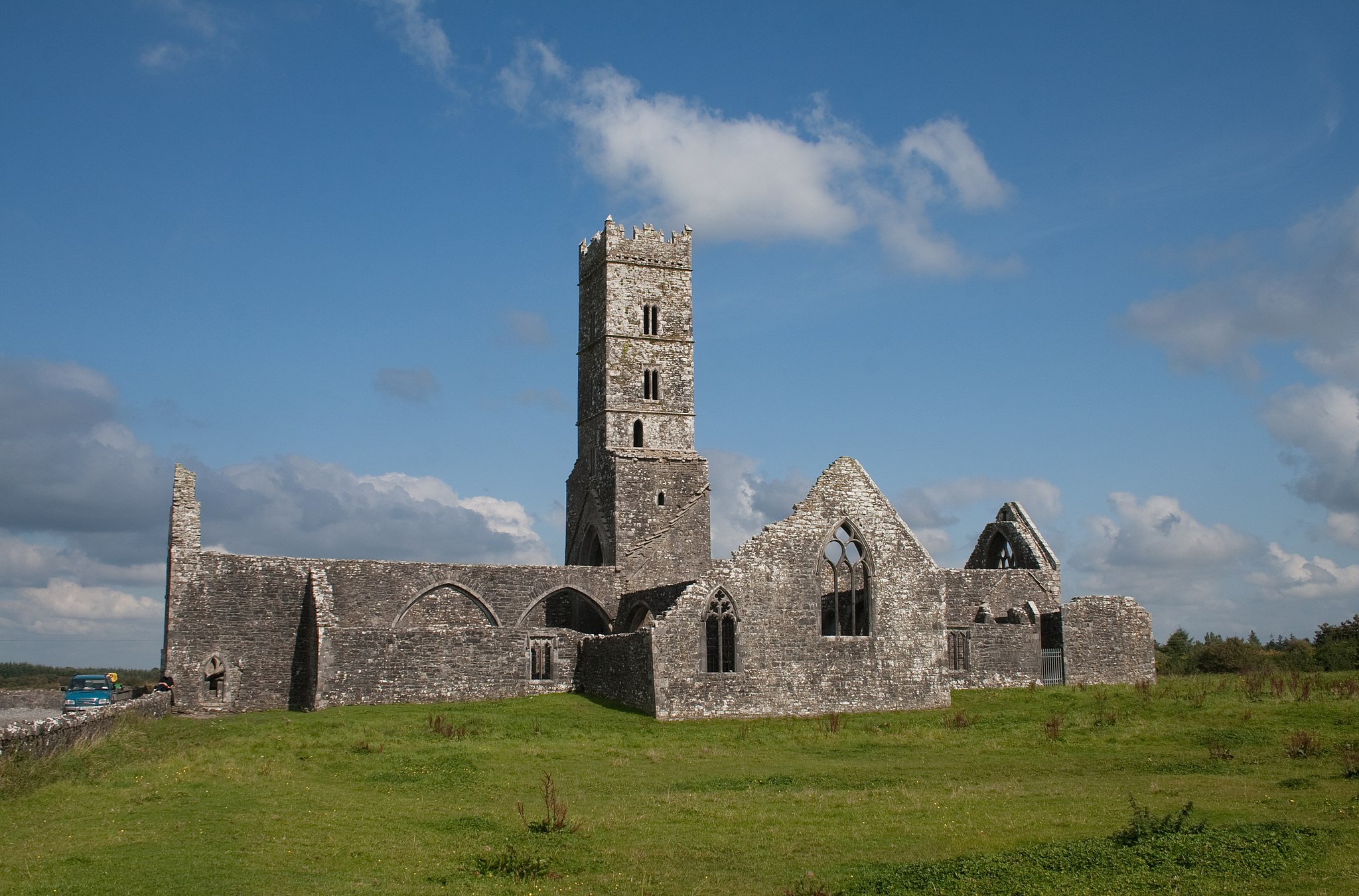 This interesting abbey is found near Ballinasloe.

It is a good stop on any tours of Ireland.

The abbey was founded for Franciscan friars by William O’Kelly in 1400.

The church is cruciform with a central tower and small foreign looking cloisters.

Whist the abbey is generally in ruins these features are well preserved.

Also a number of tombs survive.

These are in the nave and chancel and they include some very fine examples of ornamented canopied tombs.

As you travel it is easy to access two other hidden gems.

The first is Derrydonnell Castle, which is worth looking at.

The second is Oran Castle, which was built by the Earl of Clanricarde.