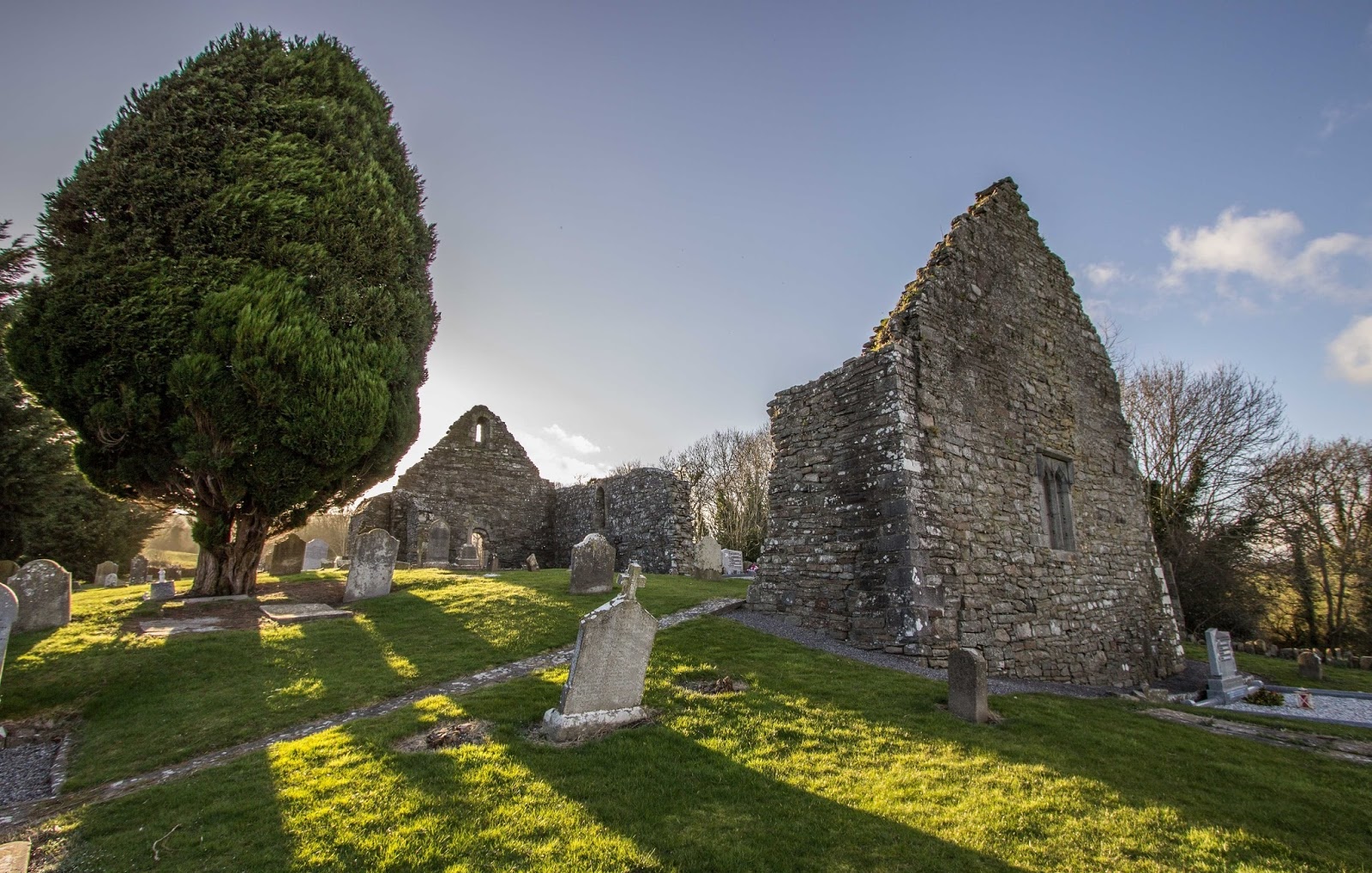 In the 6th century St Comghan founded a monastery here, which became not only a place of prayer but also a noted centre of culture and learning. The monastery was razed in the late 11th century and the present ruins date from the 12th century. The most notable remnant is a carved doorway, one of the finest examples of Irish-Romanesque architecture. On the abaci, the stonework above the beautifully carved heads, is an inscription which has been interpreted as reading ‘Prayer for Diarmit, King of Leinster’. The carvings, in four recessed arches in the doorway, are said to contain 12 faces, but it is not easy to find them all. Nearby is the holy well of St Diarmuid which dates at least from the 6th century.

Unfortunately, no trace remains today of a 105ft high Round Tower, reputed to be one of the tallest in Ireland, which stood next to the monastery. This was demolished by an 18th century landowner who said he was afraid it might fall and injure his cattle.

The ruins are along a narrow lane just above a church built in 1823. From the hills above Killeshin, some say, as many as ten counties can be seen.

Killeshin is a hidden gem and worth a visit on your Ireland tours.