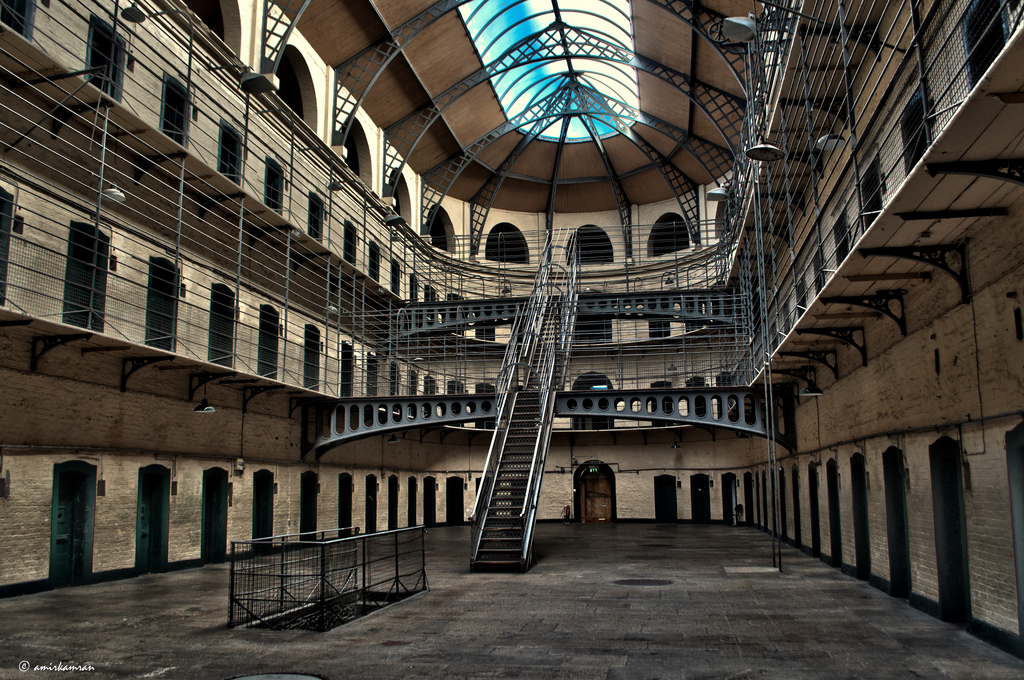 The Easter Rising of 1916 was a curious event, tiny in comparison with the rebellion of 1798, for instance, with only about 2000 people actively taking part in it. It was disastrously badly organised and commanded very little public support, but its martyred hero’s glow in the imaginations of republican Ireland as icons in the struggle against British rule.

On Easter Monday, 24 April 1916, Padraic Pearse, at the head of 150 men armed with ancient rifles and farm tools, took over the General Post Office, where he solemnly read out a stirring document proclaiming the new Irish Republic. Meanwhile, volunteers took over other buildings – a brewery, lunatic asylum, factory and bakery. Many Dubliners were as bemused as the British forces by the collapse of the city into chaos, and, instead of joining the rebels, made tea for the British. The fighting lasted for six days, and on the Saturday Pearse surrendered. Over 400 people had died, much of central Dublin lay in ruins, and the leaders of the Rising were even less popular than they had been at the start.

The tide turned when the authorities had 14 of them shot in the yard at Kilmainham Gaol, including Pearse and James Connolly. From then on, they were republican heroes. The release of hundreds of Irish internees later that year (among them Arthur Griffith, founder of Sinn Fein, Eamon de Valera and Michael Collins) did nothing to assuage the bitterness that surrounded the aftermath of the Easter Rising.

Today Kilmainham Gaol, last used as such in 1924, is an excellent if grim museum documenting the Irish struggle for independence.

Kilmainham Gaol is a must see attraction on your visit to Dublin when on your Ireland tours.