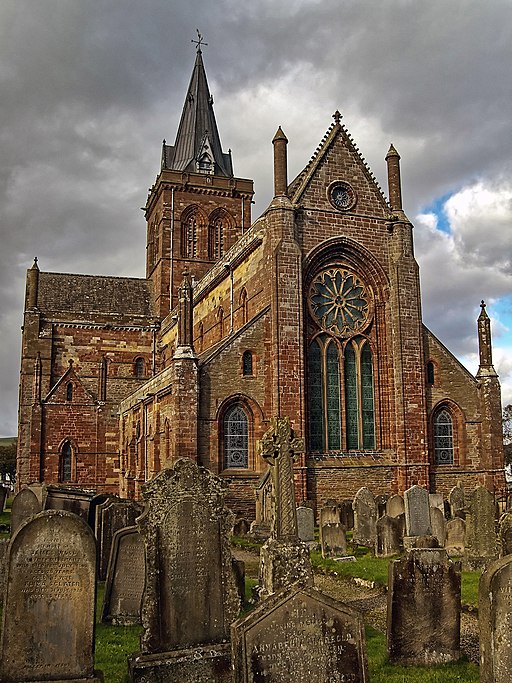 Mainland is the largest in Orkney and Kirkwall is the county town. Roughly one-third of Mainland’s 14,000 population lives in this seaport on the neck of land which divides the island into 2 unequal parts.

St Magnus is one of only two in Scotland to retain its pre-Reformation form in a structurally undamaged state (Glasgow is the other). Norse rule of the seventy islands which make up Orkney began about AD700, reached a peak 300 years later, and ended in 1468 when the Kind of Denmark pledged the islands to James III. The Scot’s where not kind rulers at first, however, and even today a native of these islands is an Orkneyman before he is a Scotsman. St Magnus Cathedral was founded in 1137 by Earl Rognvald, the nephew of the Saint who, while ruler of Orkney, was murdered by his warmongery rival.

Kirkwall is a hidden gem, contact Ireland and Scotland Luxury Tours now to organise a visit on your tours of Scotland.