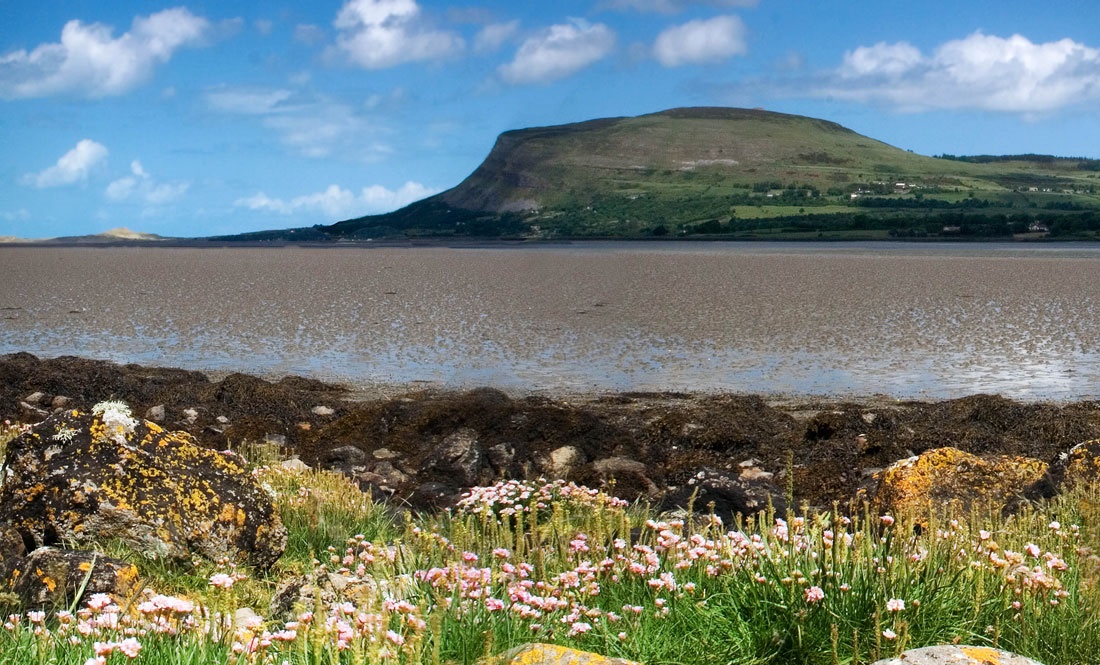 West of Sligo town – which, except on the seaward side, is surrounded by mountains – the most striking feature of the landscape is the kill of Knocknarea (1,078 feet). On the south-west of the hill is the Glen of Knocknarea, a deep cleft nearly a mile long and only thirty feet broad, bounded on each side by steep cliffs, and overgrown with trees and shrubs, ferns and ivy, which spring from the crevices in the rock; a botanist’s paradise.

Topping the wide and windy hill is a great cairn known as Miscaun Meadhbh, reputedly a monument to Queen Maeve of Connaught who flourished in the first century of the Christian era: it was this Maeve who, to capture the Brown Bull of Cooley, incited the rest of Ireland to attack Ulster. The cairn has a circumference of 630 feet at the base, the slope to the crown being 80 feet and the diameter on the top 100 feet; and the weight of stones used has been estimated at 40,000 tons. These mysterious monuments of prehistoric builders, the megalithic grave, dolmen, cairn, sprinkle the high places of County Sligo. All this countryside is neck-deep in the remains of unrecorded history. It moved the imagination of Yeats in his poem about resurgent Ireland:

The wind has bundled up the clouds high over Knocknarea,

And thrown the thunder on the stones for all that Maeve can say,

Angers that are like noisy clouds have set our hearts abeat;

But we have all bent low and low and kissed the quiet feet of Cathleen, the daughter of Houlihan.

Knocknarea and County Sligo are steeped in history that is a must see on your Ireland tours.