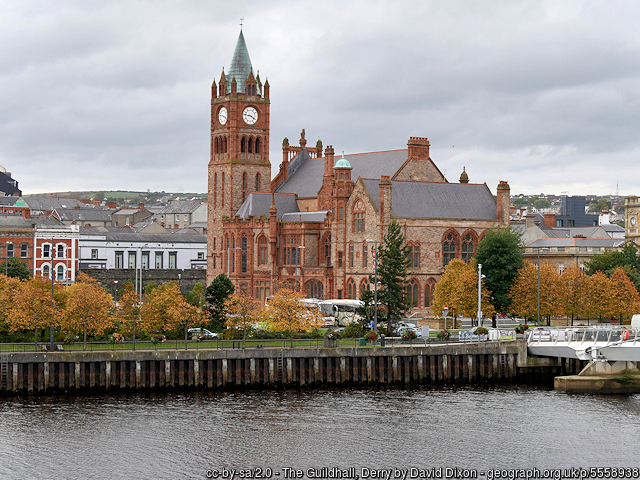 This city in Ireland is very interesting.

It can be visited easily on tours of Ireland while travelling the North Coast route.

The city sits on the River Foyle.

Its growth was funded by the London Guilds.

In 1614 the last walled city in Europe was created.

The cannons still sit along the ramparts.

You can actually walk around the walls of the city and revel in the feeling of history.

The walls of the city were never breached and earned Londonderry the name “the maiden city”.

At Ireland and Scotland Luxury Tours we often take our clients to let them roam the walls.

The Guildhall is also worth seeing with its Tudor-Gothic structure, clearly showing the influence of the London merchants.