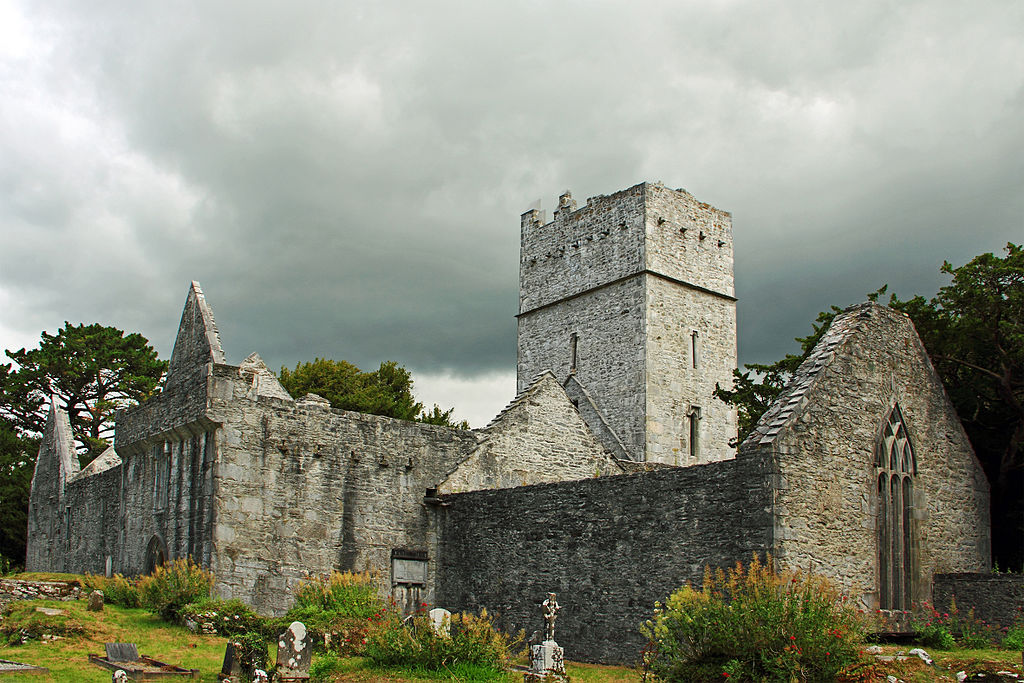 This abbey is in Killarney National Park, which is generally worth seeing on any tours of Ireland.

Muckross Abbey is more correctly described as the Friary of Irrelagh.

It is said to occupy the site of a church destroyed by fire in 1172.

The site is absolutely beautiful.

It was founded by MacCarthy Mor, the famous Irish chieftain, for the Franciscan friars, in 1448.

The abbey was supressed and destroyed in 1542 and 1585 by the English rulers.

But, from an inscription on a tablet inserted into the North chancel wall, it appears the abbey was repaired in 1626.

The friars occupied the abbey until 1652, when it was destroyed again under the orders of Cromwell.

The ruins comprise of a church and a monastery.

There is a beautiful doorway forming the entrance to the nave of the church.

The gothic arch of the tower is also worth seeing.

Contact Ireland and Scotland Luxury Tours for your private, and safe, trip around Ireland.