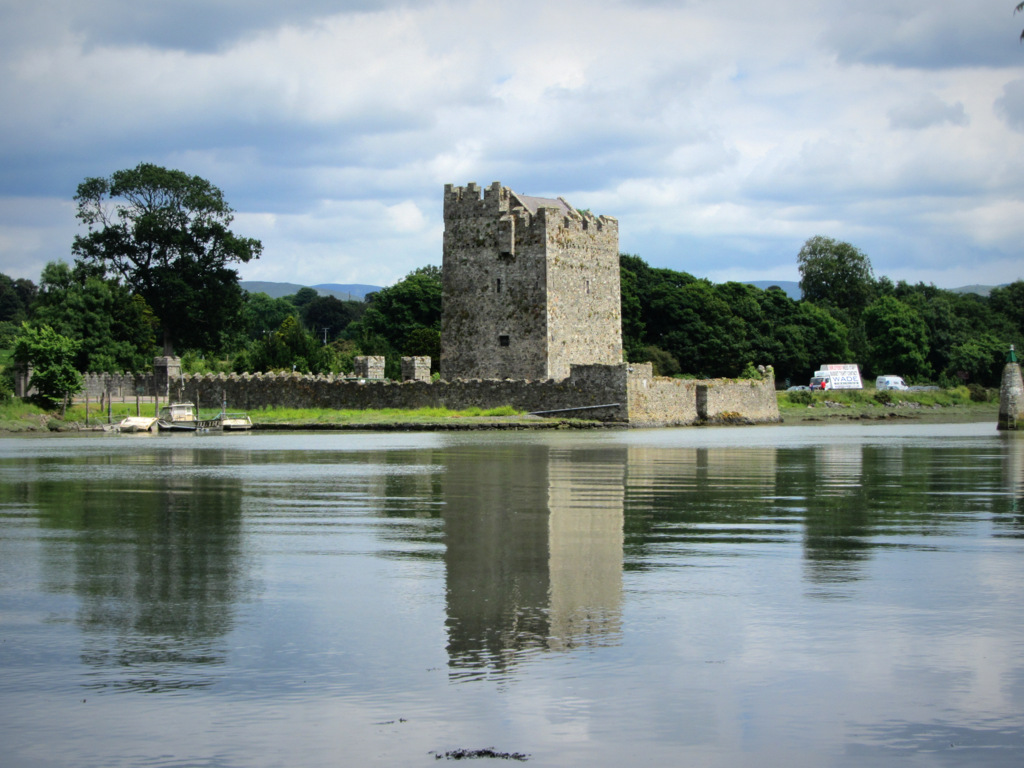 Narrow Water Castle at the bottle-neck of the Newry Water which runs into Carlingford Lough was built after the restoration of Charles II, to protect the commercial town of Newry and its strategic hinterland of Down, Armagh, and Louth. It stands on the site of the 13th century stronghold which, like Newry, was destroyed in the Great War of 1641. The lovely shores of Carlingford Lough (Carline-fiord) are dotted with the names and claims of successive invaders. Megalithic man, Dane, Norman and Saxon, all entered Ulster by way of this narrow inlet, and the distinctive Horned Cairns of Ulster, raised two thousand years ago and more, are part of what is known to archaeologists as the Carlingford Culture.

From the fine wooded slopes behind the Castle one looks south across the narrow water to the purple mountains of Louth and the rocky headland of Cooley, which, though not a part of Ulster, was once the fiefdom of her greatest hero, Cuchulain, when Ulster was ruled by the Red Branch Circle of pagan warriors. The oldest and best of all Celtic sagas, Tain-Bo-Cuailgne, tells of the great raid made upon Ulster by the rest of Ireland in order to capture the Brown Bull of Cooley, and of how Cuchulain defeated the invaders. Today the narrow water, 300 yards wide, separates political Ulster from the Republic of Ireland, but not a few Irish bulls have managed to make their way north by night across this narrow water of the Border, to reinstate the customary Ireland against the Ireland of Customs and Excise.

Narrow Water Castle is a real hidden gem that is worth a visit on your Ireland tours.