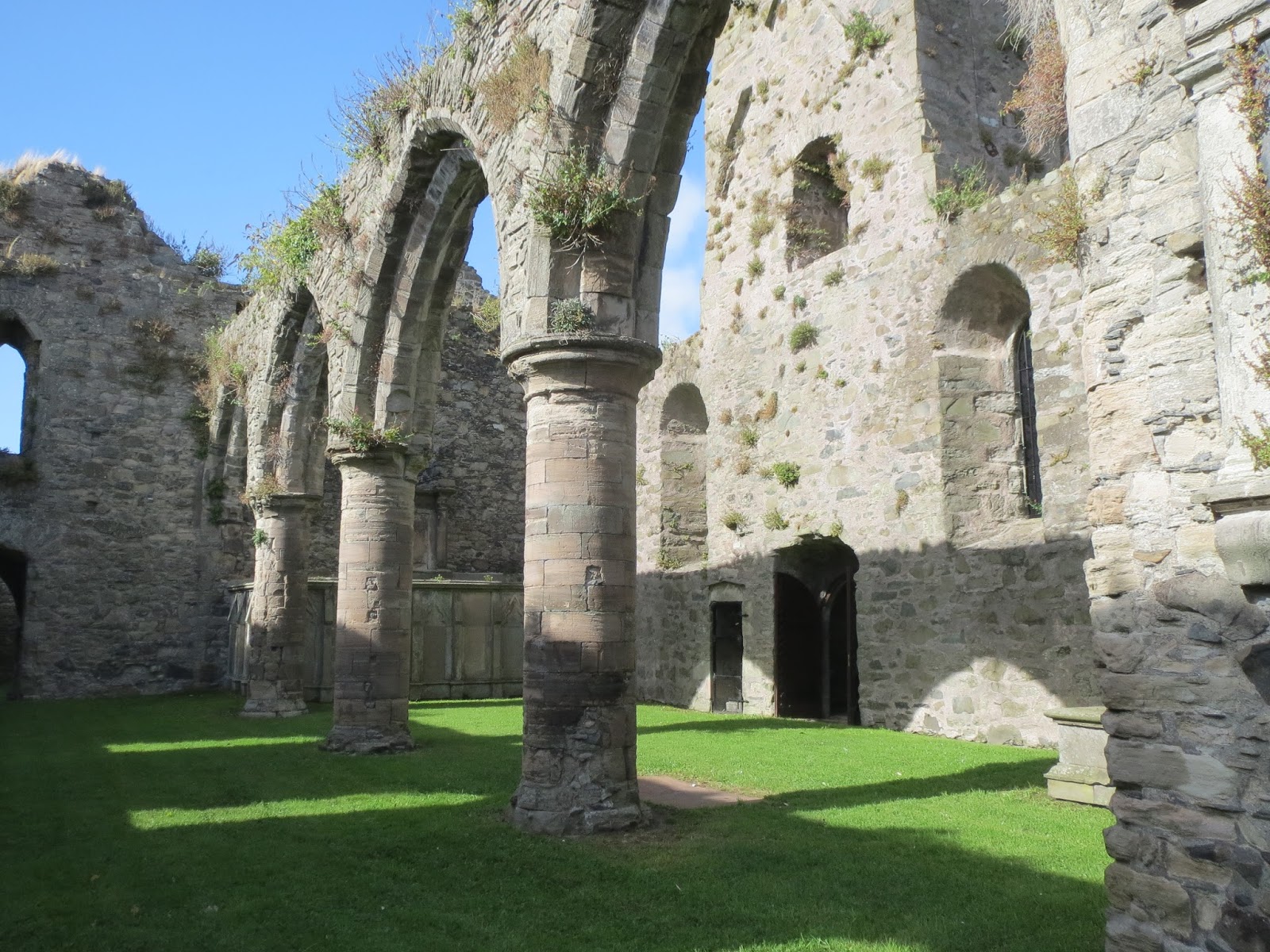 Newtownards, now a busy manufacturing centre in an old town, despite its name. It dates from 1244, when a Dominican Priory was founded here by Walter de Burgh, the church of which still stands in ruins in Court Square, off Castle Street. Of the existing remains the nave is the only original part; the tower having been rebuilt under James I. The Londonderry family vault is in the south-east corner. At the junction of High Street and Castle Street stands the octagonal Old Cross, reconstituted in 1666 with as many fragments of the original as had survived destruction in the rebellion of 1653. Overlooking the extensive market place (Conway Square) is the Town Hall (1765; by F. Stratford), revealing the Scottish tradition of stonemasonry. On the Bangor Road, the Somme Heritage Centre has an interactive exhibition and database on Irish regiments’ involvements in World War I, with reference to Ulstermen at the Somme. It is among the best presented heritage centres in the country. About a mile east are the 15th century remains of the Abbey Church of Moyvilla, founded circa 540 by St Finian; several grave-slabs with foliated crosses of the 10th century to the 13th century have been built into the north wall.

Newtownards is a hidden gem that is worth a visit on your tours of Ireland.