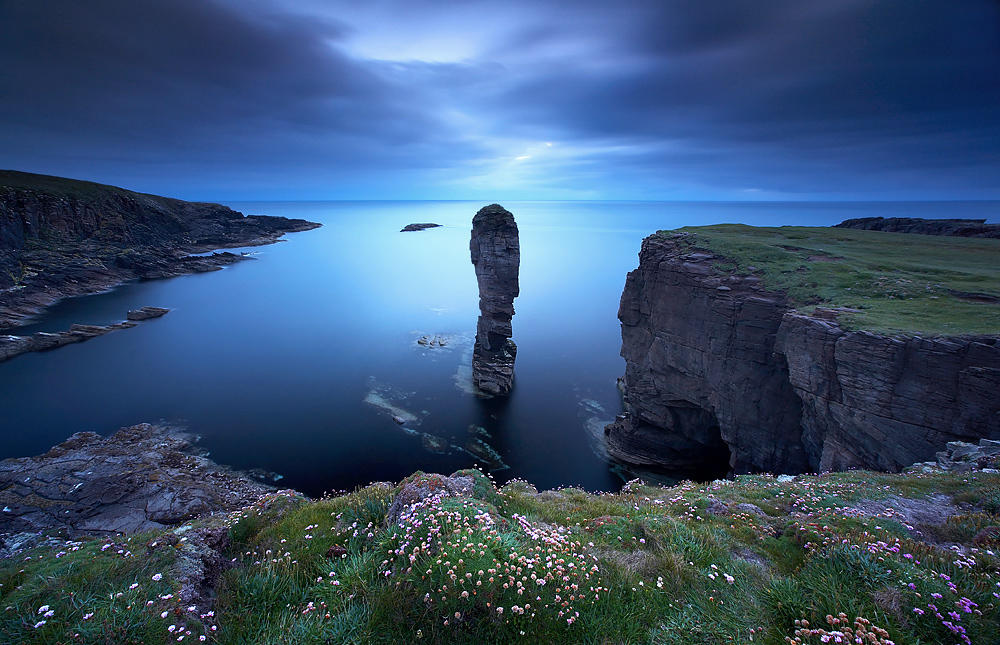 Orkney captures the imagination and the eye, its balding turf reflective of constantly changing shades of light as clouds scurry across windswept skies. In summer the days are lengthy and the sunniest moments are often long into the evening – a great time to be out exploring. Orcadians are a friendly bunch, seemingly immune to the unpredictable climate, and are fiercely independent of mainland Scotland, even though their magical archipelago is situated a mere 6 miles off the North coast.

Only 17 of Orkney’s 70 islands are inhabited and some of the most dramatic scenery is along the coast where 300m cliffs plunge into white, sandy beaches. The archipelago contains a sliver of mankind’s ancient existence that’s found nowhere else. Prehistoric sites are sprinkled throughout the islands – Europe’s greatest concentration – their stone walls immune to 5000 years of climatic onslaught. The Flinstonesque furniture of Skaras Brae, the tomb of Maes Howe and numerous standing stones weave a mystical milieu while providing a snapshot of the way people have worshipped, lived and perished since ancient times.

The Orkney Islands are a must see attraction on your Scotland tours.