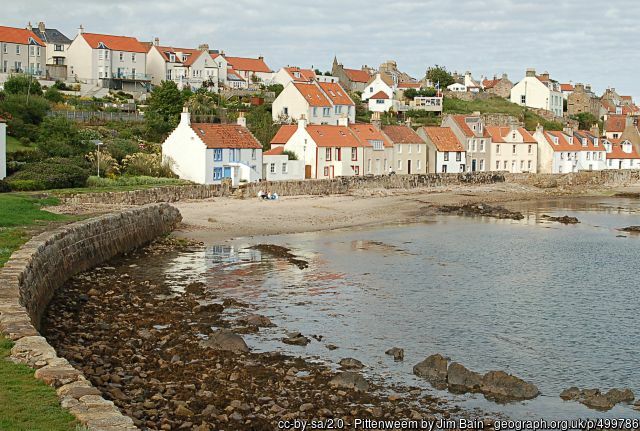 This is a picturesque, ancient, seaport.

It’s a nice stop on any tours of Scotland.

The town grew up around its 12th century Priory and the harbour.

Parts of the Priory dating from the 16th century, and the gatehouse, have been restored by the National Trust.

Then you have Saint Fillans cave which is said to have been used by a very early missionary.

It is now fitted out as a shrine.

There are a few interesting houses, such as the former residence of the Earls of Kellie.

But there are other 16th and 17th century building to be admired.

The local parish church dates from 1588 and still retains the original tower and spire.

Pittenweem is a real piece of history.