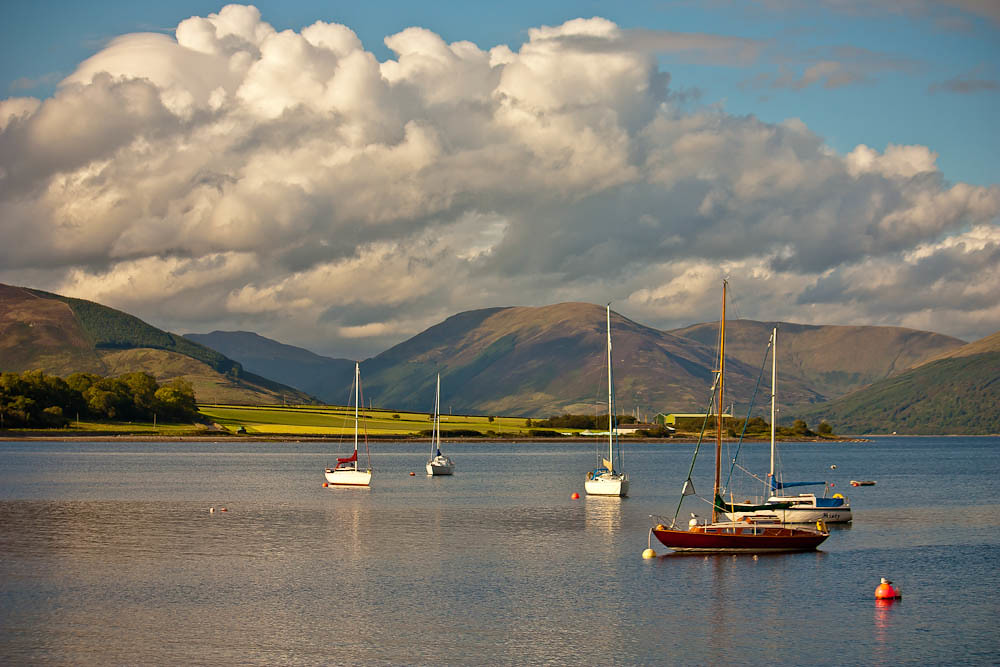 The Bannatyne family existed in this area from around 1220.

They occupied Kames Castle for about 600 years.

It’s definitely worth a stop on any tours of Scotland.

The tower house was built in the 14th century.

In recent times it was occupied as the Royal Navy officers married quarters.

It was one of the oldest inhabited houses in Scotland.

The Marquess of Bute bought the Bannatyne lands in 1812.

But in 1863 he renamed the village Port Bannatyne to keep the old family name alive, which was a nice gesture.

In 1910 Lord Bute built the present house around the tower in the style of a medieval house.

There is also Wester Kames, a 17th century keep to see.