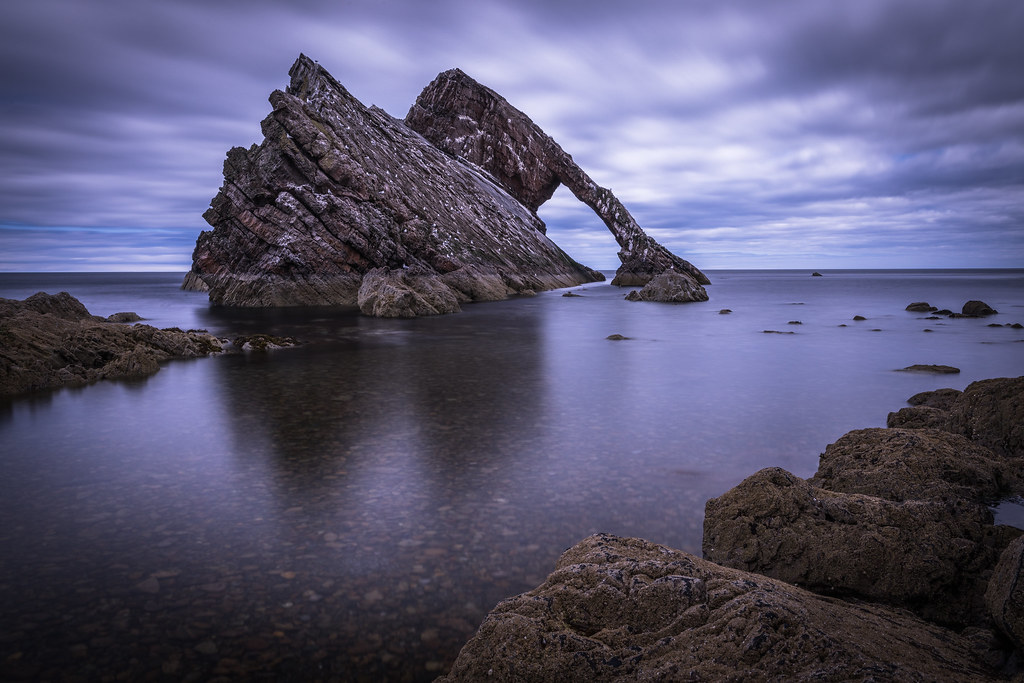 The sands of Cullen Bay are pitted with lost golf balls, for this eighteen-hole course is laid out on the raised bench between Cullen and Portknockie. The passage of glaciers in Scotland during the Ice Age contributed greatly to the present appearance of the landscape: not only do the valleys take their U-shape from the weight of the glaciers, but when the ice finally melted the release resulted in raised land like this over much of the coast.