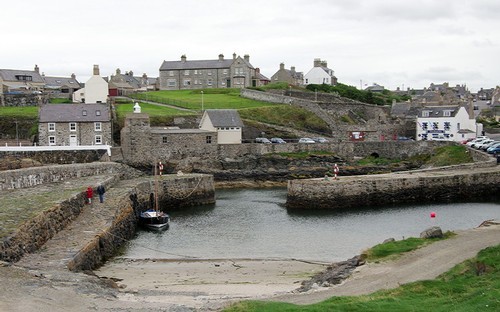 The pretty fishing village of Portsoy has an atmospheric 17th century harbour and maze of narrow streets lined with picturesque cottages. An ornamental stone known as Portsoy marble – actually a beautifully patterned green and pale pink serpentine – was quarried near Portsoy in the 17th and 18th centuries, and was reputedly used in the decoration of some rooms in the Palace of Versailles.

Each year on the last weekend in June or first weekend in July, Portsoy harbour is home to the Scottish Traditional Boat Festival, a lively gathering of historic wooden sailing boats accompanied by sailing races, live folk music, crafts demonstrations, street theatre and a food festival.

Portsoy is a hidden gem with a lively atmosphere and is worth a trip on any Scotland tour.