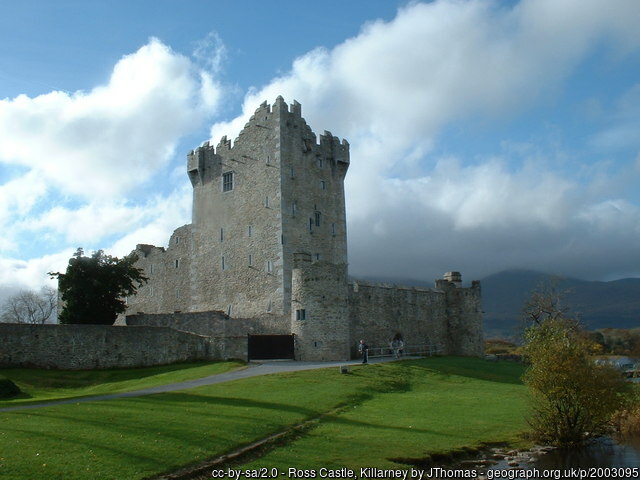 This fantastic castle is situated in Killarney.

This is a place that should be included on any tours of Ireland.

Ross Castle is a noble and picturesque ruin in a lovely setting.

It is still fairly well preserved.

The keep is almost perfect and consists of a massive square tower with a spiral stone staircase.

There is a fantastic view from the top of the tower.

It was built as a keep by an Anglo-Norman Baron.

It dates from around the fourteenth century.

The castle is often referred to as an “O’Donaghue” stronghold.

The battle that Ross Castle is most famous for is the siege and eventual surrender to General Ludlow.

At Ireland and Scotland Luxury Tours we pride ourselves in showing the hidden gems of Ireland.

Ross Castle is certainly one of those.