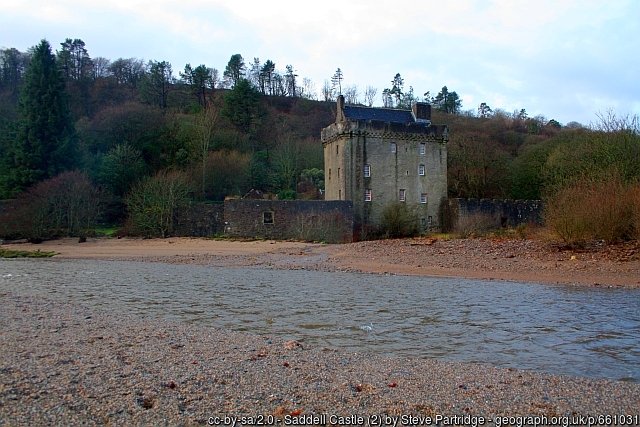 The village of Saddell is on the rocky East coast of the long promontory of Kintyre.

It is interesting to see on tours of Scotland because of the ruins of Saddell Abbey.

This abbey was founded in 1160 by Somerled, Lord of the Isles.

It was finished by his son Reginald.

There is not much left of the abbey now apart from the North transept, and portions of the choir wall.

It has some interesting carved effigies placed inside the ruins.

It is in a beautiful setting of woodland and Rhododendrons.

Close to the village, and at the head of the bay, is Saddell Castle.

This is a large, square tower with battlements.

It dates from 1508 but is built on the site of an even earlier castle.

There are also a number of scenic forest walks available at Carrandale Forest.