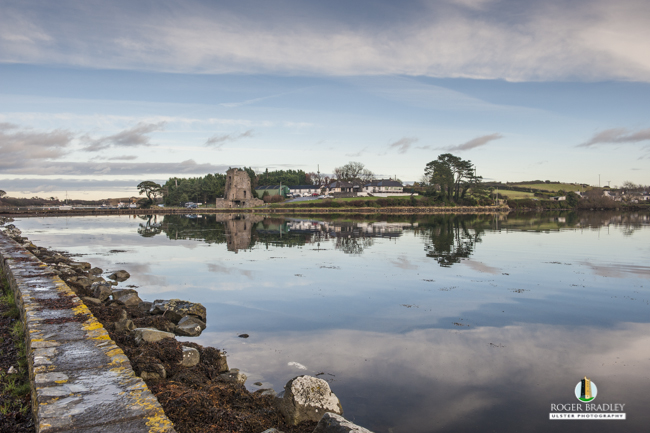 Loughside, mid-way up the western shore is Sketrick Castle. This large, four storey tower house guarded the causeway to Sketrick Island and was actively involved in warfare in the 16th century. The immediacy and need for the defence is vitally evident in this watery landscape. The date of its construction is unknown but the Annals of the Four Masters record its capture in 1470.

Its square stateliness stayed intact until 1898 when a violent storm destroyed some of the structure taking out most of one wall so today visitors can see a tower house sliced through. It had a boat bay and a lock-up. In medieval times the only way to get onto the island was to pass through a guarded narrow entrance passage at the base of the tower.

Excavations in the 1950s uncovered a subterranean passage to an underground spring with lintels running under the bawn courtyard wall to a corbel over the fresh drinking water.

Sketrick Castle is a hidden gem and is worth a visit on your Ireland tours.