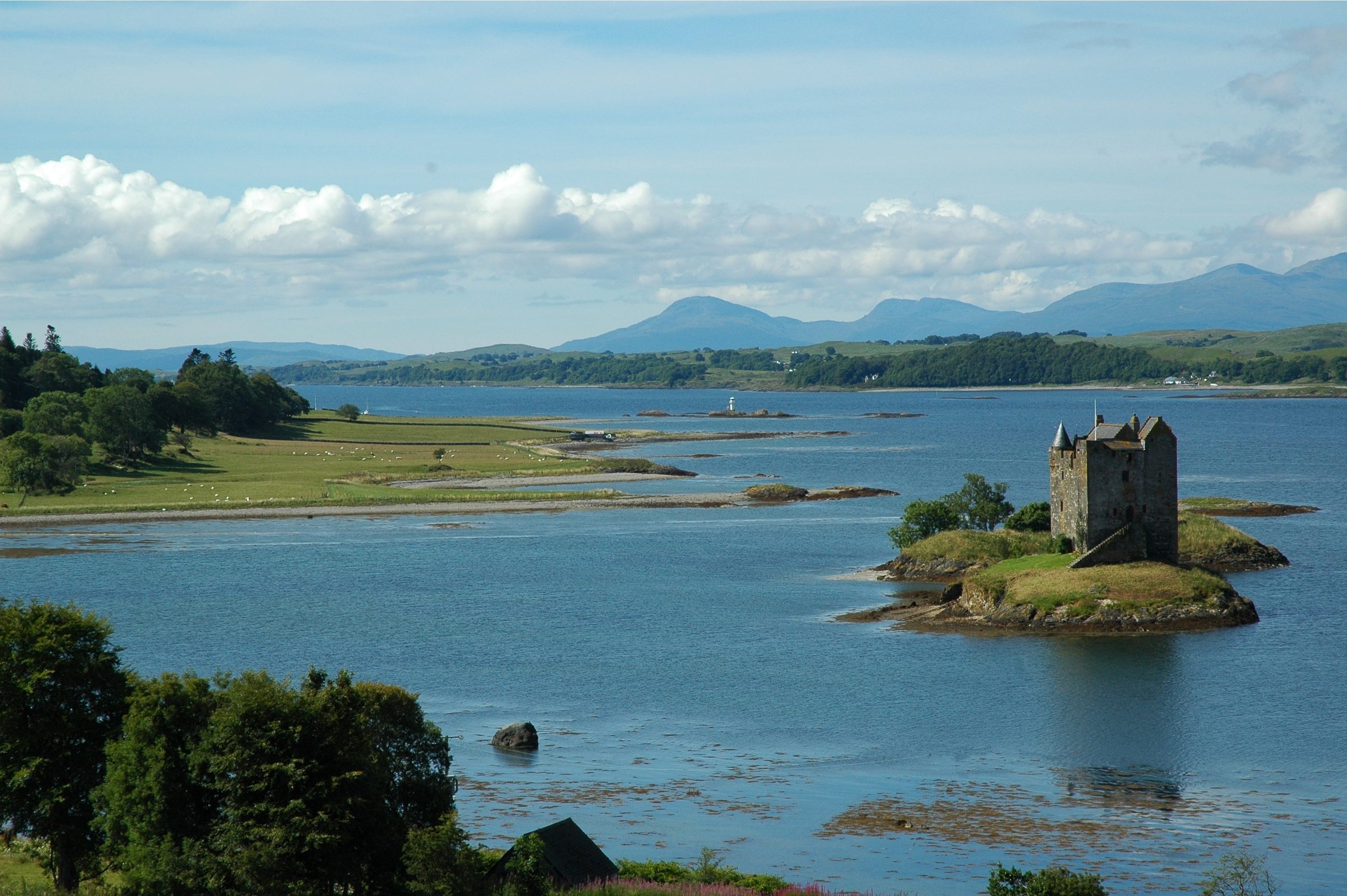 From the rasping spout of a minke whale as it breaks he surface of the sea off the coast of Islay, to the mysterious ‘krek-krek-krek’ of a corncake hiding amid the long summer grass of Coll, the coast and islands of southwest Scotland are filled with unusual wildlife experiences. Here you can spot otters tumbling in the kelp along a deserted shore, watch sea eagles snatch fish from a lonely loch, and thrill to the sight of dolphins riding the bow wave of your boat.

The region covered in this chapter corresponds with the old county of Argyll, whose name comes from the Gaelic earra-ghaidheal – the seaboard of the Gael. Though measuring only 155 miles north to south, Argyll’s convoluted coastline is a staggering 2300 miles in length. This is a corner of Scotland where sea travel is as important as road and rail – a network of ferry crossings allows you to island-hop your way from the Firth of Clyde to Oban and beyond, via the whiskey distilleries of Islay, the wild mountains of Jura and the scenic delights of little Colonsay.

Oban itself is the gateway to the isles – from the peaceful backwaters of Kerrera and Lismore to the dramatic coastal scenery of Mull and the wild, windswept beaches of Coll and Tiree. The waters around these islands are rich in marine wildlife, and offer some of the best whale-watching opportunities in Europe.

The region is rich in prehistoric sites and is home to important religious and political centres of the past, including Dunadd, the ancient crowning place of Scottish kings; Finlaggan, the lake-island headquarters of the medieval Lords of the Isles; and the sacred island of Iona, where St Columba based his mission to spread Christianity throughout Scotland.

The Southern Highlands & Islands are home to some spectacular scenery and is a must see on your tours of Scotland.