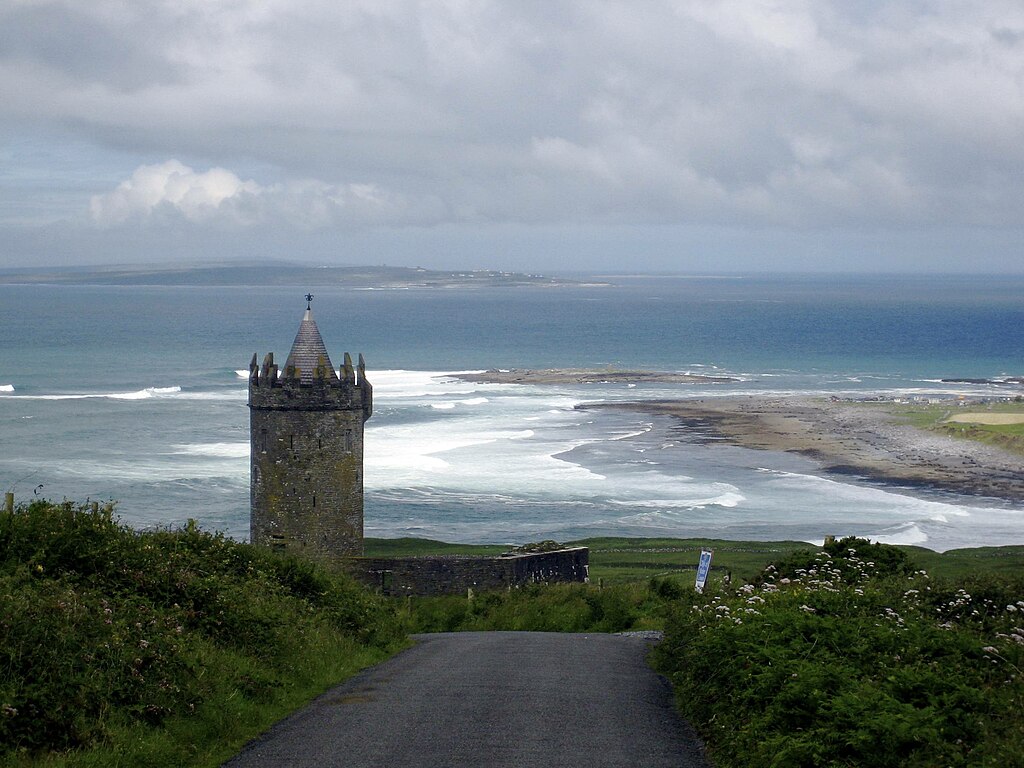 These are three small islands 30 miles out in the Atlantic Ocean off the West coast of Ireland.

The islands are known as Inishmore, Inishmaan, and Inisheer.

The first inhabitants of these islands are thought to have arrived during the late Bronze age.

Real history to take in on any tours of Ireland.

Christianity came to the Aran islands in the 5th century when Saint Enda created a community.

This has left the island a rich collection of ecclesiastical remains.

During Medieval times the O’Flahertie’s of Connaught and the O’Brien’s of Munster fought over the islands.

In 1565 Queen Elizabeth resolved the dispute by granting the islands to an Englishman!!!

By the mid-17th century the islands had lost their political importance and the soldiers stationed there simply became islanders themselves.

The islands isolation have led to the continuation of their unique culture following a lifestyle largely lost to the rest of Ireland.

They still speak the Irish language on the islands.

At Ireland and Scotland Luxury Tours we can organise a visit to these islands, but it takes time from your itinerary and the weather needs to be kind.