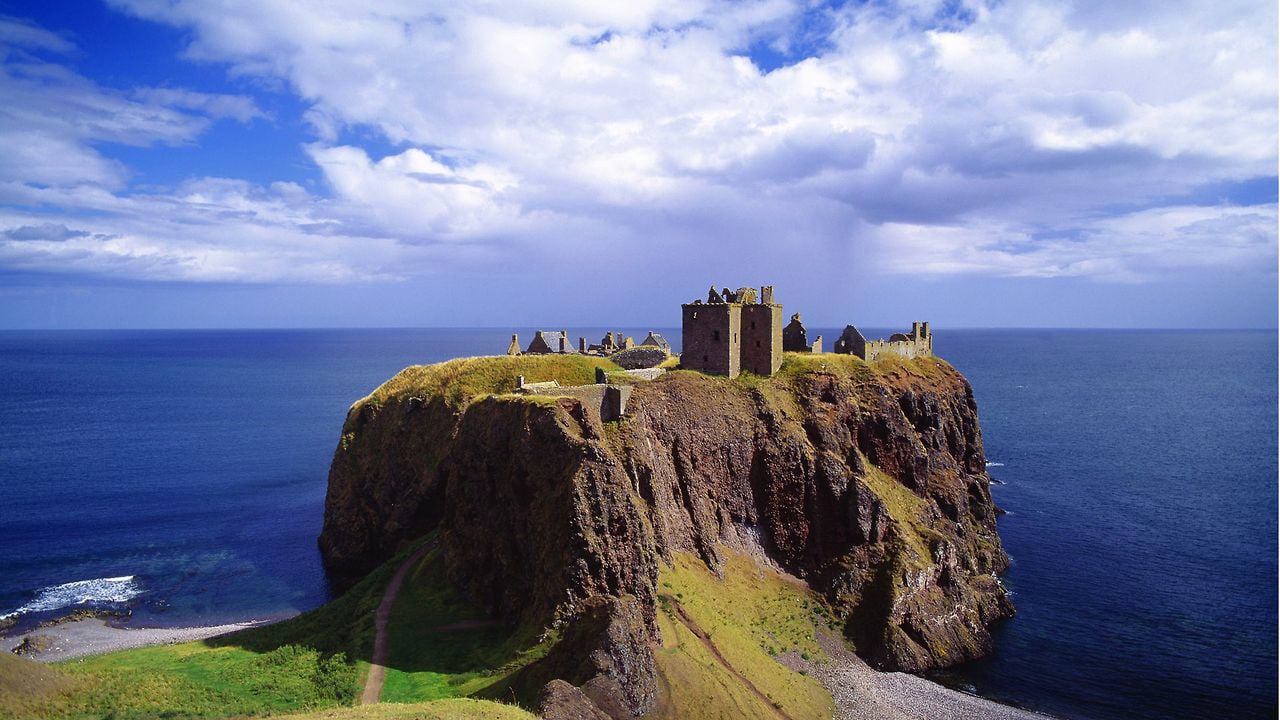 Known throughout Scotland as the granite city, much of the town was built using silvery grey granite hewn from the now abandoned Rubislaw Quarry, at one time the biggest artificial hole in the ground in Europe. On a sunny day, the granite lends an attractive glitter to the city, but when low, grey rain clouds scud in off the North Sea it can be hard to tell where the buildings stop and the sky begins.

Royal Deeside is easily accessible to the west, Dunottar Castle to the south, sandy beaches to the north and whiskey country to the northwest.

Aberdeen was a prosperous trading and fishing port centuries before oil became a valuable commodity. After the townspeople supported Robert the Bruce against the English at the Battle of Bannockburn in 1314, the king rewarded the town with land for which he had previously received rent. The rental income was used to establish the Common Good Fund, to be spent on town amenities, a fund that survives to this day; it helped to finance Marischal College, the Central Library, the art gallery and the hospital, and pays for the colourful floral displays that have won the city numerous awards.

The name Aberdeen is a combination of two Pictish-Gaelic words, aber and devana, meaning ‘the meeting of two waters’. The area was known to the Romans, and was raided by the Vikings when it was already an important port trading in wool, fish, hides and fur. By the 18th century paper and rope making, whaling and textile manufacture were the main industries, and in the 19th century it became a major herring-fishing centre.

Aberdeen is a must-see attraction on your tours of Scotland.